HBO showrunners David Benioff and D.B. Weiss were forced to come up with their own climax 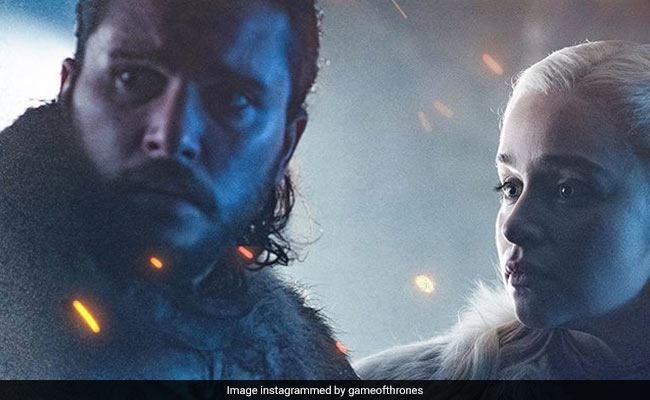 A still from the show Game of Thrones (courtesy Instagram)

Game of Thrones fans have been dissecting the series finale -- and complaining about it -- for two days now, but they may get another shot at elation, or disappointment. Author George R.R. Martin has suggested the ending could be very different from the one seen worldwide when he finally publishes the final two books in the saga. HBO showrunners David Benioff and D.B. Weiss were forced to come up with their own climax to the blood-spattered tale of noble families vying for the Iron Throne when Martin stalled on his publishing. Though, they had some guidance from Martin's advice, fans revolted over the eighth and final season of the Emmy-winning series with nearly 1.4 million signing a petition asking for a do-over as of Tuesday.

Fans have been waiting for the next book, The Winds of Winter, for years. Martin says he's still writing it. After that, the final book will be called A Dream of Spring. "I'm writing. Winter is coming, I told you, long ago... and so it is. The Winds Of Winter is very late, I know, I know, but it will be done," the 70-year-old Martin wrote in a blog post published late Monday.

"I won't say when, I've tried that before, only to burn you all and jinx myself ... but I will finish it, and then will come A Dream Of Spring," he said.

Martin went on to say while Benioff and Weiss had a limited number of hours to wrap up the series, he will likely write "3,000 manuscript pages" for the final two books.

"Book or show, which will be the 'real' ending? It's a silly question. How many children did Scarlett O'Hara have?" Martin wrote, referring to the difference between the book and film ofGone with the Wind.

"How about this? I'll write it. You read it. Then everyone can make up their own mind, and argue about it on the internet."

In his blog post, Martin said he is working with HBO on the development of five new series, "some having nothing whatsoever to do with the world of Westeros." He also mentioned two shows in the works with streaming service Hulu and one for the History Channel.

(This story has not been edited by NDTV staff and is auto-generated from a syndicated feed.)
Comments
Game of ThronesGame of Throne Season 8