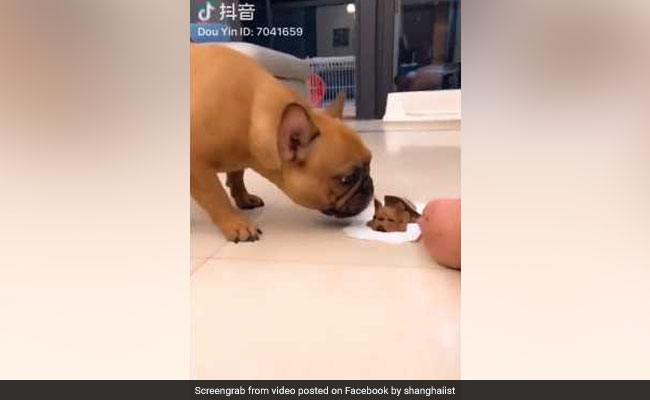 The video has earned several reactions - while some find it funny, many are far less impressed by it.

By now you've probably seen several videos of those dog-shaped desserts on Instagram. Taiwan's J C Co Art Kitchen has become something of an online sensation thanks to their unique desserts shaped just like dogs. While some on the Internet love the idea of the sweet treats, many have posted their distaste towards them. Now a video on a similar delight has managed to collect mixed responses on Facebook.

A video shared by Shanghaiist on the social networking site shows a dog's reaction to the dog-shaped cake. It even shows how the dog reacts when the treat is cut in front of it. It's the pooch's horrified reaction has left people on Facebook divided.

Since being shared on August 31, the video has collected over 4,000 shares and more than 3,700 reactions.

The video has earned several reactions on Facebook. While some find the video funny, many others seem far less impressed by it.

"Why would you do this to your dog? It is not funny," says one Facebook user. "It's not good idea. A dog thinks it's a real puppy," says another.

"That dog is stupid or what? Because dogs have great sense of smell, they can distinguish the smell of a cake from a real dog. I know my dog will eat that cake in a flash," says one commenter. "You can tell the camera man or another person showed the dog something to make him run away. Looks like the dog wanted to eat it," says another.

What do you think of this video - is it mean or funny? Tell us using the comments section.