He purchased a Porsche 911 Turbo with a fake cheque. 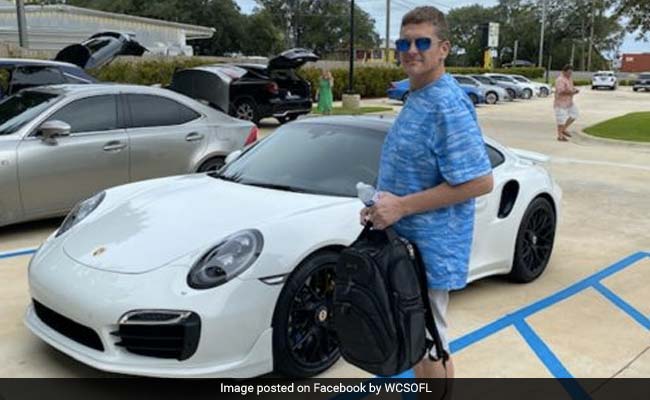 Casey William Kelley with the Porsche he purchased using a fake cheque.

A man in Florida has been arrested for purchasing a luxury car with a cheque he printed on his home computer. Casey William Kelley, 42, was arrested last week for the "grand theft" of a Porsche and the attempt to purchase luxury Rolex watches with fake cheques.

According to Walton County Sheriff's Office, the Wewahitchka man walked into a car dealership in Okaloosa County and left in a Porsche. "During the investigation, it was determined Kelley had purchased a Porsche 911 Turbo from a Porsche dealership in Destin by using a fraudulent check written for $139,203.05 on Monday, July 27th," the police department said in a statement.

The Porsche purchased by Mr Kelley was worth roughly Rs 1 crore. It was reported stolen to the Okaloosa County Sheriff's Office after the car dealership could not cash the cheque he had presented.

Not only did he ride off in the stolen car, Mr Kelley also posted a photograph on social media to show off his newest 'purchase'.

After stealing the Porsche, Mr Kelley went to a jeweller in Miramar Beach and attempted to purchase three Rolex watches with another fake cheque in the amount of $61,521.

The jeweller, however, kept the watches until they could determine whether the cheque would cash. After it failed to do so, they reported it to Walton County Sheriff's Office.

Mr Kelley has now been transported and booked into the Walton County Jail.