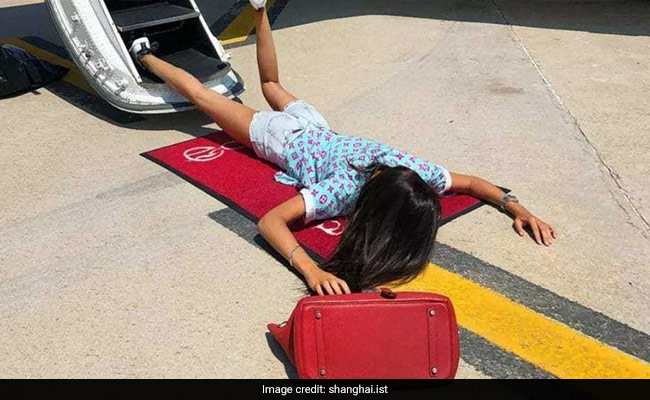 The last few years have seen one bizarre internet challenge after another - and joining that long list is the decidedly strange "falling stars" challenge. Known literally as the "flaunt your wealth" challenge in Mandarin, the premise is simple: It involves people lying face down down, as if they have tripped and fallen down, while strategically placing luxury items and even wads of cash around themselves to look like they have spilled out of their bags.

This bizarre internet challenge is believed to have begun in August, originating in Russia. It sparked off hundreds of Instagram posts with the hashtag #FallingStars2018, showing people falling down from luxury cars, private jets and yachts.

According to South China Morning Post, though the craze began in August, it gained popularity in China only recently - where it has led to fines, penalties and hundreds of satirical memes featuring broke students, young children and even cats.

The falling stars challenge has been criticised for its "arrogance" and for highlighting the wealth gap. It comes fresh at the heels of another bizarre challenge that involved jumping out of cars - the Kiki challenge that took over the internet recently.