After Mumbai Police, UP Police Issues Warning Against #KikiChallenge

Actors Adah Sharma, Nora Fatehi and Varun Sharma are among the celebs to try the challenge 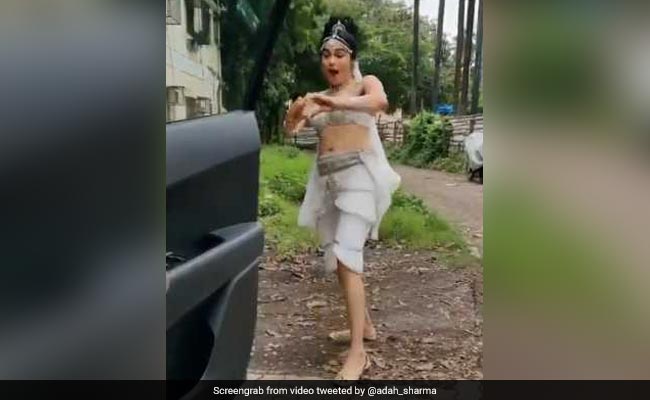 Unless you've taken a social media hiatus, chances are you know all about the viral #KikiChallenge or #InMyFeelings challenge. For those who don't, it's the newest trend social media is obsessed. What began as a dance challenge has now become a social media fad in which people get down from slow moving cars and dance to singer Drake's hit "In My Feelings". As videos of netizens doing the challenge flood social media, many are warning about the dangers of the viral craze. Just days ago, Mumbai Police issued a warning against the challenge and now UP Police has also tweeted about it.

"Dear Parents, whether Kiki loves your child or not, we are sure you do! So please stand by your kids in all the challenges in life except #kikichallenge," UP Police's official handle tweeted earlier today. Not unlike Mumbai Police, UP Police also accompanied their tweet with a video showing what happens if the challenge goes wrong.

Dear Parents, whether Kiki loves your child or not, we are sure you do! So please stand by your kids in all the challenges in life except #kikichallenge . #KiKiHardlyAChallenge#InMyFeelingsChallenge#UPPolicepic.twitter.com/RyTvoChJFa

Since being posted some eight hours ago, the tweet has collected over 1,000 'likes' and more than 500 retweets.

Mumbai Police, one of India's most Twitter-savvy police departments, issued a similar warning on July 26.

Not just a risk for you but your act can put life of others at risk too. Desist from public nuisance or face the music ! #DanceYourWayToSafety#InMySafetyFeelingsChallengepic.twitter.com/gY2txdcxWZ

People, however, are continuing to try the dance challenge inspite of the warnings.

The Delhi Police also took to Twitter to issue a creative warning against the Kiki challenge:

Dance on the floors, not on the roads!
#KikiChallenge is not worth the fun.#InMyFeelings Keep #Delhi roads safe for all. pic.twitter.com/8BZcl5H78S

Several celebrities have also posted their videos doing the challenge. Actor Adah Sharma "couldn't resist doing the #kikichallenge". Notice how her car is stationary, though?

I couldn't resist doing the #kikichallenge@Drake so I sneaked out of my shoot in my athleisure look from the 50's n did it .
Ok bye ! I hope no one noticed I was missing from shoot
.
.#inmyfeelingschallenge#drake#inmyfeelings#kiki#kikidoyouloveme#kiki#kikindapic.twitter.com/8PtH77s33M

Actor Nora Fatehi and Varun Sharma did the #KikiChallenge together but in an auto. Their video has a twist in the end though.

What do you have to say about the viral #KikiChallenge? Tell us using the comments section.