Fact-Checked: Was Traffic Signal In Mumbai Really Washed Away In Floods?

Is the video actually from Mumbai? 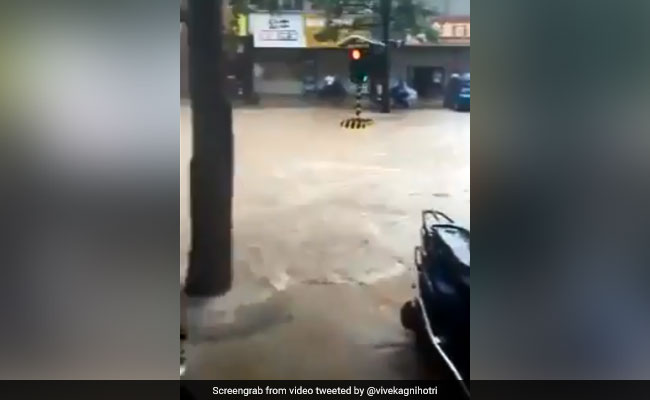 A still from a video shared by filmmaker Vivek Agnihotri.

Filmmaker Vivek Agnihotri shared a video on Thursday that shows a traffic signal being washed away in heavy downpour. The video shows the signal floating down a water-logged road. It has collected over 1.4 lakh views on Twitter and another 9,000 views on Facebook.

"Hello Traffic Police of Mumbai," wrote Mr Agnihotri, implying that the incident took place in Mumbai, which has seen massive flooding and water-logging following heavy rains on Wednesday. "How much fine if the signal crosses the road?" he added.

Take a look at the video shared by Mr Agnihotri below:

How much fine if the signal crosses the road? pic.twitter.com/zDQ51YLEng

Is the video actually from Mumbai?

The video shared by Mr Agnihotri was actually filmed in China, not Mumbai.

In the video, a hoarding in the background displays lettering in Mandarin. A two-wheeler that comes into view towards the end of the video also has Mandarin characters. 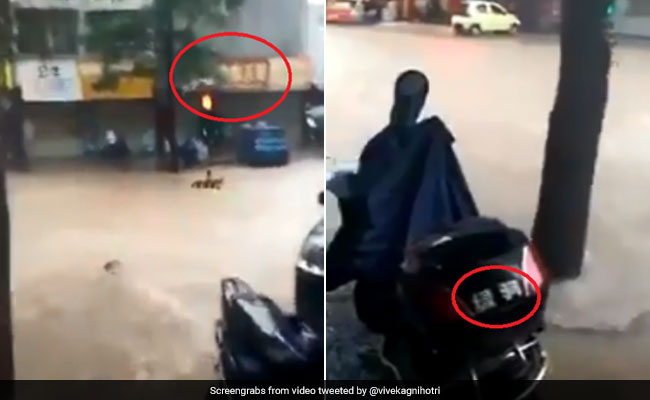 In May last year, Chinese news network CGTN had shared a longer version of the video. According to them, the video was filmed after heavy rains in South China's Yulin city.

The video shared by Mr Agnihotri was also uploaded by People's Daily, China, in June last year, confirming that it is not from Mumbai rains.