Billionaire entrepreneur Elon Musk has added $100.3 billion to his net worth this year. 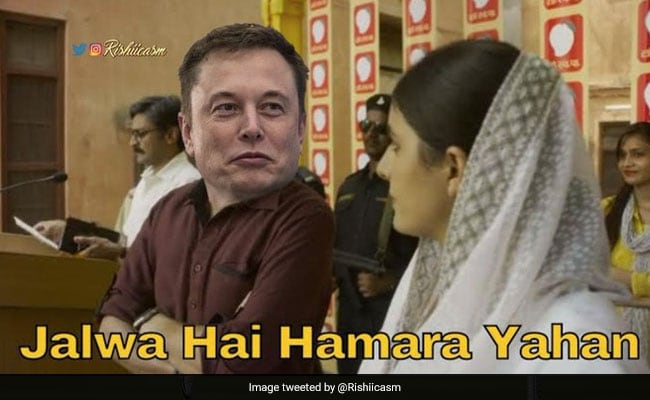 Billionaire entrepreneur Elon Musk has added $100.3 billion to his net worth this year, surpassing  Bill Gates to become the world's second-richest person. The 49-year-old Tesla Inc. co-founder has the electric vehicle and clean energy company to thank for the staggering increase in his wealth. About three-quarters of his net worth is comprised of Tesla shares, which are valued more than four times as much as his stake in Space Exploration Technologies Corp., or SpaceX.

As Tesla's market value approached $500 billion, Elon Musk had a one-word reaction that was 'liked' over 16,000 times on the microblogging platform Twitter.

While Mr Musk may have responded with only a monosyllabic "wow", his fans flooded social media with memes as news of him overtaking Bill Gates as the world's second richest person spread. Mr Musk's milestone is only the second time in the index's eight-year history that Bill Gates has ranked lower than number two.

Take a look at how Twitter users reacted to the news:

After becoming 2nd richest person the world, #ElonMusk be like: pic.twitter.com/ZsWUYzKtYN

KING is always a KING ???? pic.twitter.com/0vGUotHKHz

Amazon founder Jeff Bezos has been the world's richest man since 2017, when he bumped Bill Gates from the top spot.

Elon Musk and Bill Gates have engaged in occasional verbal spats in the past. The Tesla chief executive once described his conversations with Bill Gates as "pretty underwhelming". The  Microsoft co-founder had later slammed Mr Musk for his comments on the coronavirus pandemic.