Elephant Rescued From Captivity Celebrates 5 Years Of Freedom - With Cake

"Raju scooped up every bite of the cake with his trunk and stuffed it all into his mouth within minutes!" said Wildlife SOS in a statement 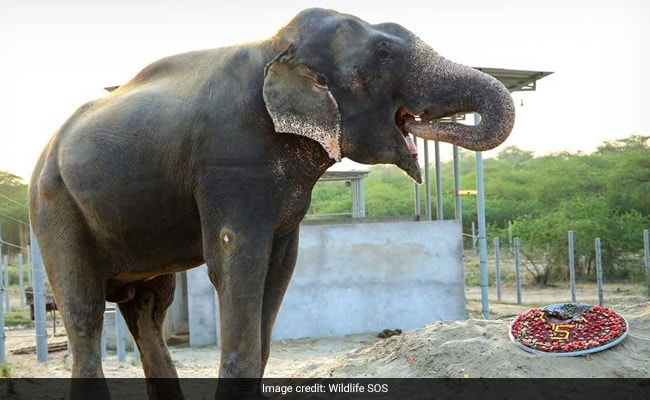 An elephant that was kept in captivity for nearly 50 years before he was rescued recently celebrated five years of freedom. Raju the elephant spent the first five decades of his life on the streets of Uttar Pradesh, begging for alms for his owner. In 2014, he was rescued by Wildlife SOS, an NGO that rescues and rehabilitates animals in distress.

"Years of mistreatment, abuse and inadequate care had left him gaunt and miserable. He was tightly restrained with spiked chains, and his withering body bore multiple scars and chronic abscesses-evidence of repeated jabs with a bullhook," Wildlife SOS said in a statement about Raju the elephant.

Raju was rescued and moved to the Wildlife SOS Elephant Conservation and Care Center in Mathura, where he had his own enclosure and "lots of love, medical attention and nutritious food."

On Wednesday, to commemorate five years of Raju's freedom, the Wildlife SOS team did something sweet - they made a cake out of cooked pulses, fruits and vegetables for the pachyderm.

"Delighted to find the treat, Raju scooped up every bite of the cake with his trunk and stuffed it all into his mouth within minutes!" the NGO said in a statement. Watch Raju make short work of his cake in the delightful video below:

The team also made a sugarcane and fodder structure in the shape of a '5' for Raju. 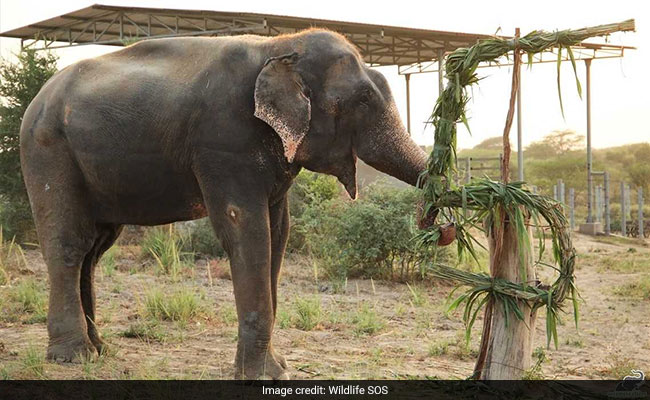 "The past five years with Raju has been an incredible journey for all of us. His determination to get better has accelerated his recovery to an extent that nobody was sure, was possible," Kartick Satyanarayan , CEO of Wildlife SOS, said in a statement. "Watching Raju enjoy his retirement in peace fills our heart with happiness and keeps us motivated to help other elephants that continue to be treated with such cruelty, as he was."