Dumb Starbucks offers Dumb Coffee, but who's the owner? 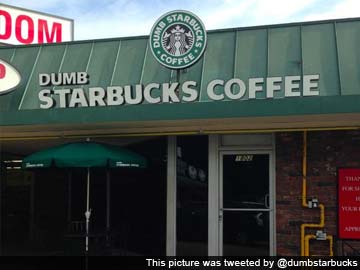 In Los Angeles, people waited in line for several hours over the weekend to buy a coffee. At Dumb Starbucks.

"The mock store, which quietly opened Friday, is nearly identical to a typical Starbucks location," reports the Los Angeles Times.

Local media reported that a spokesperson for Starbucks -the real thing -said that the corporate is looking into the controversy but refused to elaborate on whether it will sue the parody store.

"Messages left with people associated with "Dumb Starbucks" seeking comment have not been returned as of Sunday afternoon. Its Twitter account @DumbStarbucks has not been active since 10 a.m. Saturday," reported the website of a radio station.

It's not clear yet who set up the coffee shop. A list of Frequently Asked Questions available at the shop cites "parody law" as its legal defence. "By adding the word 'dumb', we are technically 'making fun' of Starbucks which allows us to use their trademark under a law known as 'fair use'" it states.

Promoted
Listen to the latest songs, only on JioSaavn.com
The note adds that the same law allowed Weird Al Yankovic to use the music from Michael Jackson's Beat It in his spoof, Eat It.