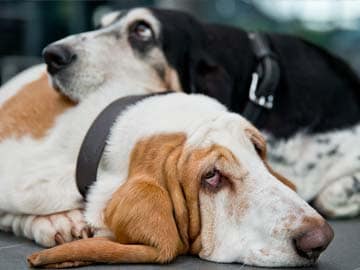 London: A nine-year-old dog was called to the witness stand in a French court in an attempt to identify the man believed to have murdered the pooch's owner.

The Labrador, named Tango, was called to the witness stand in a court in Tours, a city in central France, during a preliminary hearing to confirm the allegations against its owner's suspected killer.

The judge ordered the suspect to threaten the canine with a bat, with the idea being that Tango's reactions could be used to identify or rule out the suspect, 'RTL radio' reported.

To keep the test fair, a second dog named Norman, of the same age and breed as Tango, was brought in to serve as the 'control group'.

According to The Local, the experiment ended up being a total failure.

However, this is not the first time a French court has allowed canine witnesses.

Last month a vet was asked by a court in Paris to give his expert analysis of a dalmatian's physical reactions, when the dog was shown the faces of two murder suspects.

Based on the dog's reactions the vet told the court it was likely the pair were responsible for the murder of the canine's owner.

In 2008, a dog named "Scooby" became the first animal to appear as a witness in a murder trial.

The dog was believed to have been with its 59-year-old owner when she was found hanging from the ceiling of her Paris flat.

Promoted
Listen to the latest songs, only on JioSaavn.com
The pooch was called into a French court and "barked furiously" when shown a possible suspect.