The dog manages to evade capture and strut around the stage, cool as a cucumber, right before Sidharth Malhotra began his walk 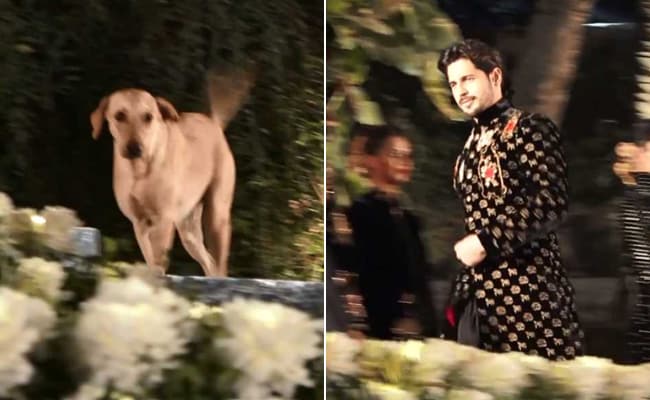 The dog's short-lived fashion career ended with him jumping into a nearby bush.

Actors Sidharth Malhotra and Diana Penty walked the ramp for designer Rohit Bal last night - but it was a dog that became the real star of the show. At the Blenders Pride Fashion Tour 2018 yesterday, a dog managed to gatecrash Rohit Bal's fashion show and sashayed down the catwalk right before Sidharth Malhotra began his walk.

In the hilarious video that is going viral on social media right now, the curious dog is first seen poking his nose in between five models standing on the ramp, happily wagging his tail. He then manages to evade capture and strut around the stage, cool as a cucumber, right before Sidharth began his walk.

Fortunately, Sidharth, who was celebrating his birthday yesterday, did not seem to mind the intrusion.

Unfortunately, the dog's short-lived fashion career ended with him jumping into a nearby bush and leaving the stage to the human models. He did, however, leave the audience (and viewers on the Internet) in splits with his antics. 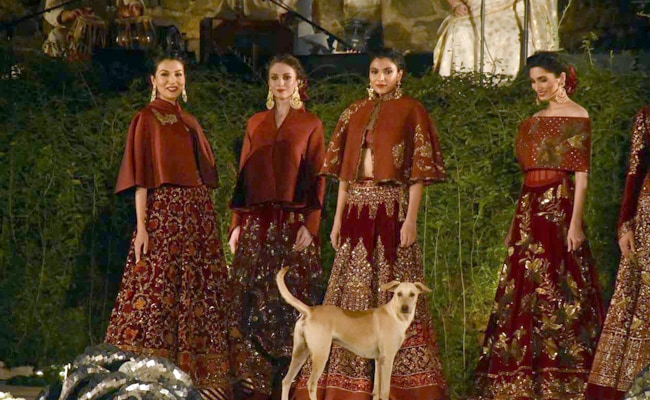 This is not the first time an animal has managed to crash a fashion show. Recently, a cat also went viral for gatecrashing a fashion show in Turkey.

What did you think of the video? Let us know using the comments section below.