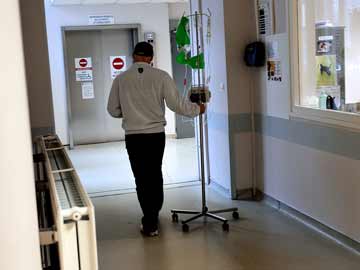 Paris: Doctors at a British hospital were startled when an upset patient told them that the clock in his ward had announced his time was up, the British Medical Journal (BMJ) reported on Thursday.

"The clock is telling me to die," the doctors quoted the patient as saying in an unusual case report.

"Turning to the wall, we confirmed that the clock indeed said, 'DIE,'" said rheumatologists Stuart Carter and Fiona Fawthrop of the Royal Hallamshire Hospital in Sheffield, Yorkshire.

"We discovered that the radio-controlled clock had reverted to German and was displaying an abbreviation of 'Dienstag,'" meaning Tuesday in German.

Promoted
Listen to the latest songs, only on JioSaavn.com
"We quickly rectified this by pressing several buttons to show the English abbreviation, 'TUE'. Fortunately, it was not the patient's time to die at all."