On December 18, Deepika Padukone is expected to unveil the World Cup trophy at the Lusail Iconic Stadium. 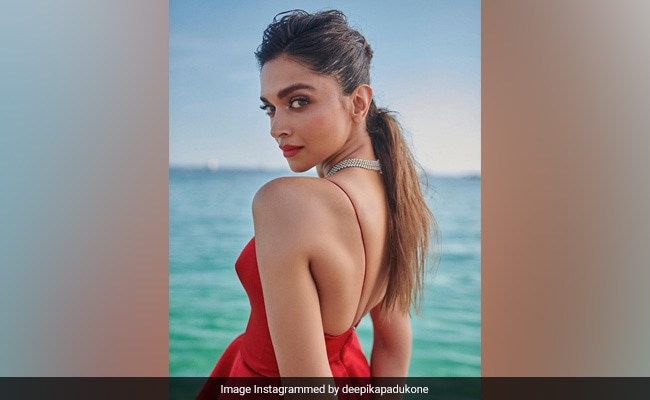 Deepika Padukone will unveil the FIFA World Cup trophy in Qatar later this month, according to reports. The trophy will be unveiled before the World Cup final on December 18.

Deepika Padukone is expected to fly to Qatar soon to participate in the event. The 36-year-old will be the first actor to receive such an honour at the world's most-watched sporting event.

Last week, Nora Fatehi performed at a FIFA Fan Fest event in Qatar. Dressed in a shiny dress, Ms Fatehi set the stage on fire dancing to the World Cup anthem 'Light the sky'. She also grooved to her hit songs such as O Saki Saki. Her performance received immense praise with several attendees taking to social media to praise Nora Fatehi's dance.

On December 18, Deepika Padukone is expected to unveil the World Cup trophy at the Lusail Iconic Stadium.

Deepika Padukone will soon be seen on the screen with Shah Rukh Khan and John Abraham in the film 'Pathaan', which is slated to release on January 25 next year.

Apart from 'Pathaan', Deepika Padukone will also be seen with Amitabh Bachchan and Prabhas in 'Project K'. She also has a special cameo in her husband Ranveer Singh's film 'Cirkus'.