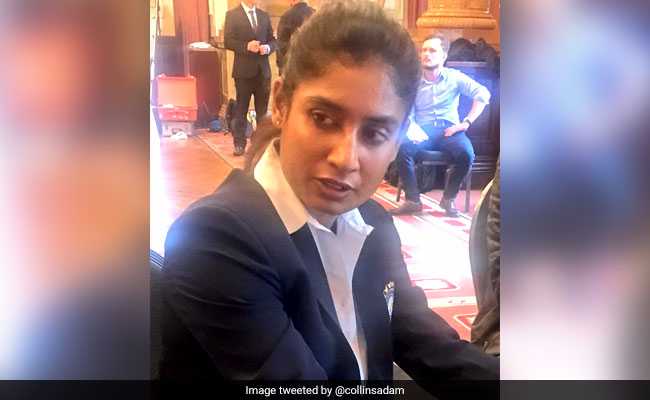 In a perfect lesson on 'how not to interview a sportstar', Indian women's cricket team captain Mithali Raj epically shut down a reporter for asking her a sexist question. During a press conference ahead of the ICC Women's World Cup 2017, the Indian skipper was asked to name her favourite male cricketer. "Do you ask the same question to a male cricketer?" Mithali replied. And her response is absolutely winning Twitter. A tweet about the incident by sports journalist Adam Collins has received over 8,900 'likes' and more than 4,900 retweets. Another version has received over 9,300 'likes' and more than 5,300 retweets. Several people on Twitter are praising the captain for her brilliant response.

Promoted
Listen to the latest songs, only on JioSaavn.com
"I have always been asked 'who's your favourite cricketer' but you should ask them who their favourite female cricketer is," Mithali said in addition to her reply. "Superb response from Indian skipper Mithali Raj," Mr Collins tweeted.

Superb response from Indian skipper Mithali Raj. Asked by a reporter who her favourite male player is: "Would you ask a man that?" #WWC17pic.twitter.com/RqgVLzXp46

Twitter is now buzzing with several tweets about the sportstar and her perfect answer. Among them are columnist Shobhaa De, actor Iqbal Theba, singer Chinmayi Sripaada and many more.

It's a genuine question. Would they ask Kohli, who his favorite female player is?

Great thought provoking answer by Mithali Raj , she once again proved her talent off the field teaching right. #WWC17#FANpic.twitter.com/8tlQfAwQl1

And even though some people tried to trivialize the incindent, there were many who perfectly shut them up too.

Superb response ... But nobody is going to watch women's cricket, even women

bullshit. they already do.

How is this superb? All its doing is bringing up unnecessary gender issues...

The replies to your tweet are, sadly, so revealing. The open, unashamed, boring misogyny of so many..

The ICC Women's World Cup 2017 is slated to start tomorrow and India will take on England in their first match. Here's wishing the team all the best.

Tell us what you think of Indian skipper Mithali Raj's reply in the comments section below.Click for more trending news