Watch: Cops Busting Flash Mob At US Mall Turns Into Surprise For Shoppers 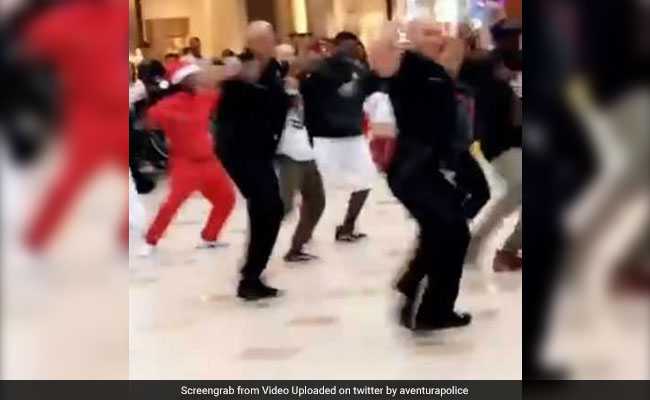 Christmas shoppers at a mall in the US were treated to a pleasant surprise when a dance crew started a flash mob. Then the cheers turned into boos as two police officers entered and appeared to be stopping the show. But then, a plot twist.

The cops appeared to have been part of the gig all along as they broke into a dance.

To the surprise of the crowd gathered around the dancers and on the balcony of the Aventura Mall in Florida, the two officers shook a leg or two and then the rest of the dancers rejoined the choreographed performance.

The officers, along with the dance group, finished their performance to loud applause and cheers.