Bride-To-Be Sent Invitation To Wrong Address. It Came Back With This Note

A handwritten note was scrawled on the return envelope: "I wish I knew you - this is going to be a blast. Congratulations - go have dinner on me. I've been married for 40 years - it gets better with age." A $20 bill was tucked inside. 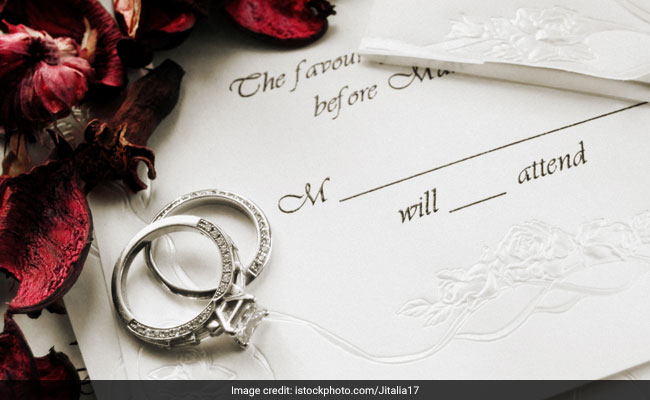 Cassandra Warren was in a rush and feeling a little overwhelmed with her work and planning her upcoming 200-person wedding.

As she was getting invitations for her June nuptials in the mail two weeks ago, she hurriedly addressed one to her aunt and uncle at their home in Eugene, Oregon, about 20 minutes from where she lives.

Last week, the invitation came back. She had mistakenly jotted in the wrong address.

A handwritten note was scrawled on the return envelope: "I wish I knew you - this is going to be a blast. Congratulations - go have dinner on me. I've been married for 40 years - it gets better with age. "

Warren is at a bit of a professional crossroads and had been having a tough day. The moment her fiance opened the envelope, she was venting to him about her frustrations and was in "mid meltdown," she said.

Then she read the note.

"It was kind of perfect timing," said Warren, 25, who works as a nanny. "I was really grateful for it."

Then she looked closer and saw that the person, who Warren doesn't know, had scribbled "live long and prosper" on the envelope, a nod to Star Trek.

Warren and her fiance, Jesse Jones, 23, have no idea who the mystery note writer is. But they assumed the Star Trek reference was because the person noticed the "fandom" corner of their invitation, which had both a Star Wars light saber and a Harry Potter wand, she said.

"She assumed we'd understand her message," Warren said. "Which we did."

Warren and Jones - who works as a coach for families with autism - went out to dinner the following night with a friend who was going overseas with the military. They went to a fusion restaurant and happily put the $20 toward their bill.

Then Warren stopped by a store and bought a thank-you card. She wrote her aunt and uncle's incorrect address on the envelope again (this time on purpose). Above it she wrote, "Kind Stranger."

Inside, she scribbled: "Thank you for the note and taking the time to send it. Not many people would have done that. It was a big blessing after the day I was having. I am thankful for people like you still being in the world."

Promoted
Listen to the latest songs, only on JioSaavn.com
With that, she dropped it in the mailbox.