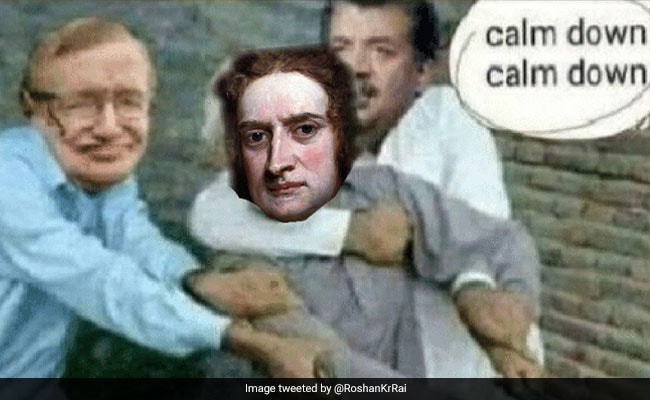 Memes on Newton and Einstein have flooded social media.

Union Minister Piyush Goyal's statement on gravity set Twitter buzzing today. Mr Goyal was attending a trade event when he confused Issac Newton with Albert Einstein. "If you're looking at a five trillion dollar economy, the country will have to grow at 12%. Today it's growing at 6%," he said, speaking to reporters after the meeting. "Don't get into those maths. Those maths have never helped Einstein discover gravity..."

Gravity was, in fact, discovered by Sir Isaac Newton - something that Twitter was quick to point out with hilarious memes and jokes. In no time at all, Newton and Einstein both shot up on the trending list on Twitter as reactions to the statement began to flood in.

Take a look at some of the funniest reactions that Mr Goyal's statement inspired:

Newton's reaction when he came to know that Einstein discovered gravity ???????? #Einsteinpic.twitter.com/HXjzJS7QLE

Mr Goyal later issued a clarification and said that his statement had been taken out of context.

"The comment that I made had a certain context. Unfortunately some friends have sought to remove the context, pick up one line and create a very mischievous narrative," he said.