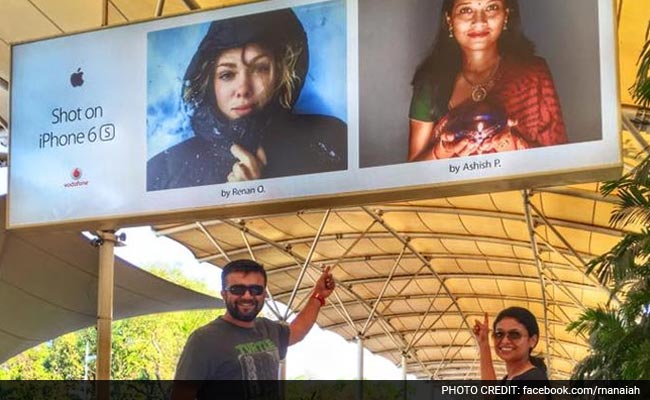 Talk about a late Diwali gift that's totally worth it.

Bengaluru-based couple Ashish Parmar and Raina Nanaiah are "over-the-moon" as they should be - their candid picture has just made it to Apple billboards across the globe.

Ashish, a photographer, was celebrating Diwali with his family when he clicked a stunning shot of his wife on his iPhone 6s. The photograph shows Raina in a red sari, looking resplendent in the glow of a diya in her hands. 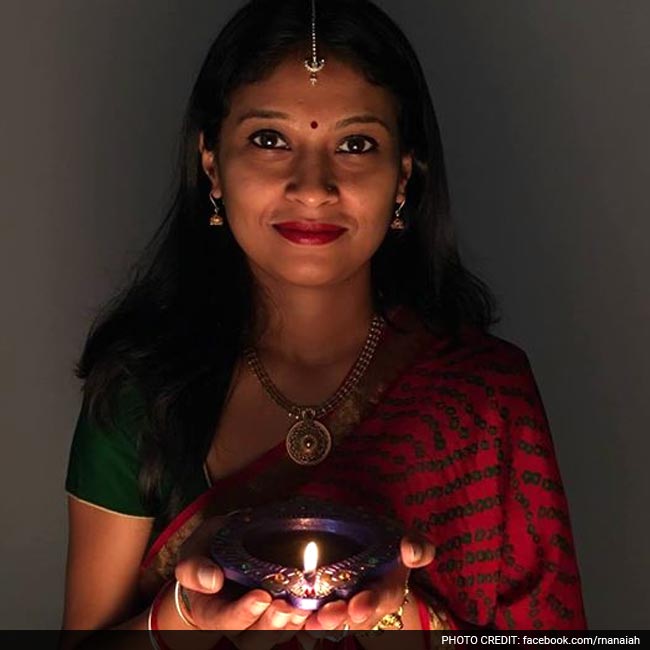 Ashish posted the picture online with #ShotOniPhone6S and voila, Apple picked it up for their new ad campaign.

Apple's 'Shot on iPhone 6' campaign features 53 photographs taken by 41 amateur and professional photographers from around the world, reports Time Magazine. Ashish's photograph is among these and can already be seen plastered across huge billboards.

"It was Diwali and she was helping my mother place diyas around our house. I just came out and saw her walking with a plate full of diyas and it caught my eye... how the light was beautifully falling on her face. Being a photographer and of course, a husband who loves his wife, I just pulled out my phone and asked her if she could just pick one diya and stand by the wall. It was a candid and random shot," Ashish told Indian Express.

The proud parents of a Shot on iPhone 6S picture! :D

Now the couple is overjoyed with the response their photo is receiving. Friends across the world have been tagging them in pictures taken around the billboards that feature them.

We are in Australia too!!!The shot on iPhone campaign is spreading like wild fire across the globe!!!Guys, if you...

Look Whom I found next to her own bill board! Me with the beautiful Raina Nanaiah & Billboard picture by Ashish Parmar The Master! #iPhone6SCampaign #AppleWorldWide #APP #TeamAPP #Bengaluru #ShotOniPhone

The two shared their excitement on social media. "The Apple 'shot on iPhone 6s' campaign has gone viral today and my phone has not stopped buzzing from morning with interviews for various press and media," Ashish wrote on Facebook. "We are over-the-moon to be featured and thrilled to put Bangalore on the map again for accomplishments globally," he said in a different post.

Thank you, Mr. Parmar for making this face famous through the Shot on iPhone 6S campaign. And congratulations to you...and your pretty wife! :D