This Supermodel Is The World's Most Beautiful Woman, According To Science

According to the "Golden Ratio" measurements, Bella Hadid has a face that is 94.35 per cent perfect 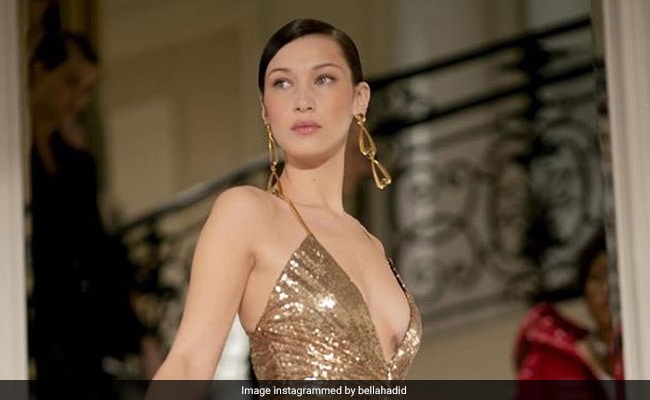 Bella Hadid is the world's most beautiful woman, as per science.

Supermodel Bella Hadid is the most beautiful woman in the world. At least that's what Greek mathematics says.

Scientists determining the most beautiful woman on the planet according to the "Golden Ratio of Beauty Phi Standards" have picked the Victoria's Secret model's face as the one that comes closest to perfection, reports goss.ie.

The "Golden Ratio of Beauty Phi" defines beauty in accordance to classic Greek calculations. Measurements of facial proportions are done going by standards that Greek scholars applied while trying to define beauty with scientific formula.

According to the "Golden Ratio" measurements, 23-year-old Bella has a face that is 94.35 per cent perfect.

Also, going by the parameters of the "Golden Ratio of Beauty Phi", pop diva Beyonce finished at the second spot. She has a face that is 92.44 per cent perfect.

Actress Amber Heard is at number three with a ratio of 91.85 per cent while pop star Ariana Grande is placed fourth with 91.81 per cent.

"Bella Hadid was the clear winner when all elements of the face were measured for physical perfection. She had the highest overall reading for her chin which, with a score of 99.7 per cent, is only 0.3 per cent away from being the perfect shape," Dr Julian told The Daily Mail.

Earlier this week, Bella fueled rumours of reuniting with her ex, singer The Weeknd, when he was spotted at her side on her birthday. The two had called it quits a couple of months ago, and they quashed all reunion rumours saying they continue to be just "friends" and nothing more.

Bella HadidMost Beautiful Women In The Worldworld's most beautiful woman