He is named Oban, which means 'King' in the African Yoruba language 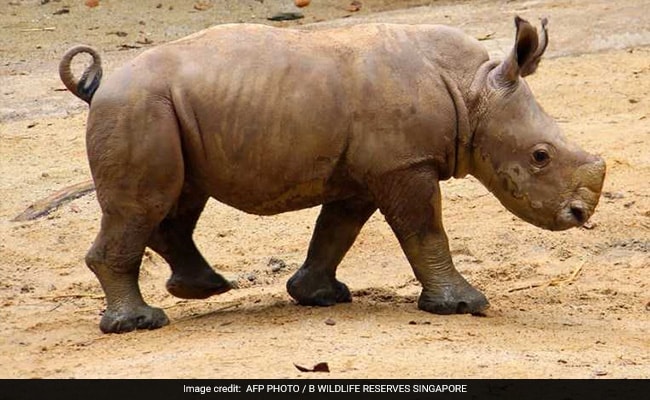 The curious youngster frolicked around and chased birds as he got know his new surroundings.

Singapore: A baby white rhino has made his first foray into the spotlight, galloping into a public enclosure at Singapore Zoo after being given a name -- Oban, which means "King" in the African Yoruba language.

The calf had spent the first few weeks of his life bonding with his mother in private, but when he reached one-month old, zookeepers decided it was time to introduce Oban to the public enclosure, home to another six white rhinos.

After moving in yesterday, the curious youngster frolicked around and chased birds as he got know his new surroundings.

His mother Donsa, who is 32-years-old and has had 11 calves, kept a watchful eye. 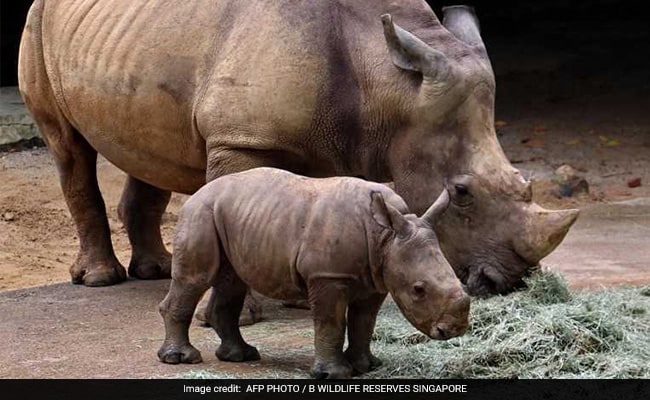 Initially he will spend just two hours a day in the public eye before his time in the spotlight is gradually increased.

His name in the African language of Yoruba was chosen as a nod to the white rhino's roots.

White rhinos used to be critically endangered, but conservation efforts have had some success and they are now classified as "near threatened" by the International Union for Conservation of Nature.

South Africa is home to around 20,000 white rhinos, about 80 per cent of the worldwide population, but many have been lost to poaching in recent years.

Its horn is highly prized in China and Vietnam for use in traditional medicine.

Promoted
Listen to the latest songs, only on JioSaavn.com
Calves born in Singapore have been sent to zoos in Australia, Indonesia and Thailand as part of conservation efforts.