Gretchen Andrew's artworks show up first on Google Images if one searches for "the next American President". 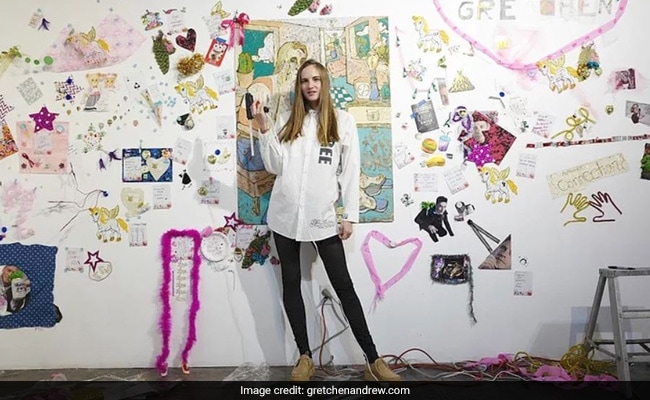 As US President Donald Trump and Democratic challenger Joe Biden battle it out for the White House on Election Day 2020, an election-related search term throws up some unexpected results on Google. If you Google "the next American President", you will discover the first few results do not feature either Mr Trump or Mr Biden, as one would expect. Instead, the first few results on Google Images show red and blue collages with intricate designs and floral motifs.

This is not an accident. It's some clever search engine optimization by artist Los Angeles-based artist Gretchen Andrew. According to CNN, the self-proclaimed "Internet Imperialist" and "search engine artist" has gamed Search Engine Optimization (SEO) to show her artwork first when someone Googles "the next American President".

Next American President is an online artwork by Ms Andrew, who began her career at Google headquarters in Silicon Valley. She worked at Google before becoming an artist, and her background in art and technology helped her manipulate search engine optimization.

According to Artnet, she did this by creating a network of web pages on sites like Quora, Eventbrite, Yelp and Twitter. She then loaded these pages with addresses and images that would trick search engines into showing her artwork first.

"It's important to me that when people see these works, they look wrong," said Gretchen Andrew. "I don't want to confuse people, I want to confuse machines. I want people to be laughing at Google. If we can get both sides of the political spectrum laughing at big tech, that's a good thing."

With her work, she hopes to show that algorithms can be manipulated, and that anyone can do it.