Can you identify the tune? 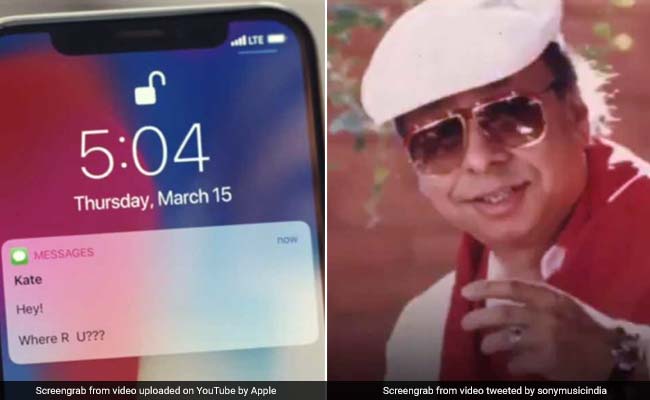 RD Burman's composition for a 1980 film has now been featured in an Apple ad.

On March 17, music producer Pete Cannon shared Apple's latest advertisement on social media, announcing that he had produced the music for it. To many Bollywood fans, however, the soundtrack to the Apple iPhone X ad sounded very familiar, and they rushed to inform Mr Cannon that the music was actually composed by the legendary Indian composer RD Burman, lovingly known as Pancham Da.

Watch the ad below and see if you can identify the tune:

The new @Apple iPhoneX advert is out AND I PRODUCED THE MUSIC FOR IT ;) It's for worldwide use across Cinema and TV. It don't get much bigger laaaa! Have a watch if you've got a moment... #iPhoneXhttps://t.co/SkPGORMM1K

The similarities in the two tunes raised many eyebrows, and more and more people began to ask Mr Cannon to give due credit to the original composer

Checkout the original music by Indian composer #RDBurman done in 1980 (Oh! you must be knowing anyway) - There is NO Innovation in your re-sampling, just a ReUse without credits:)

This is NOT your Music. This is NOT your Composition. You did not do anything TO DESERVE it. Respect the original creator #RDBurman. Music from 80's movie - The Burning Train. #Disgraceful#Plaigarismhttps://t.co/QI59J85tDj

This is a direct rip-off (no not even a cover version) from Indian composer RD Burman's song. Please give him due credit @petecannonbeats@Apple . https://t.co/uZwiu6PNKl

Please credit the original composer #RDBurman . Hoping for due correction by @Apple@AppleMusic

As the tweets flooded in, Pete Cannon issued a clarification 18 hours ago saying that the 'MAGICAL piece of music' was indeed RD Burman's and they had the necessary rights to use it. "It was cleared/licensed via Blurred Recs courtesy of Saregama. Everyone is on board and loves it," he tweeted.

Hi Guys, I just want to address the sample used in the new Apple iPhoneX advert. It samples a track from the great R D Burman's 'Burning Train' and it's a MAGICAL piece of music! It was cleared/licensed via Blurred Recs courtesy of Saregama. Everyone is on board and loves it. ;)

In April last year, Marvel used the tune of the '80s hit 'Jhoom Jhoom Jhoom Baba' in the trailer of Guardians Of The Galaxy Vol. 2.