"I didn't know about this clever shortcut," wrote Anand Mahindra. 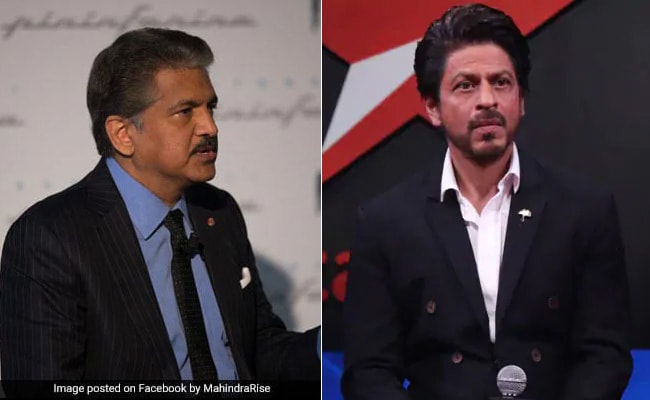 Anand Mahindra reached into his famous 'WhatsApp Wonder Box' yet again - this time to share a clever multiplication hack with his 7 million Twitter followers - and he wasn't the only one to be impressed by it. The multiplication trick also impressed Shah Rukh Khan, who credited it with solving many of his "life's issues".

This afternoon, the Chairman of the Mahindra Group took to Twitter to share a video which shows a schoolteacher describing a "clever shortcut" to multiply various numbers by nine.

In the video, the teacher demonstrates how to multiply any number by nine quickly and easily. All the method requires is counting on your fingers. See for yourself in the video below.

"Whaaaat? I didn't know about this clever shortcut. Wish she had been MY math teacher. I probably would have been a lot better at the subject!" wrote Mr Mahindra while sharing the video.

Whaaaat? I didn't know about this clever shortcut. Wish she had been MY math teacher. I probably would have been a lot better at the subject! #whatsappwonderboxpic.twitter.com/MtS2QjhNy3

The video has been viewed over 52,000 times since it was shared online. It also impressed Shah Rukh Khan, who responded to it by writing: "Can't tell you how many of my life's issues this one simple calculation has solved wow!"

Can't tell you how many of my life's issues this one simple calculation has solved wow! Sending it to #byju to include it in their teaching methods. https://t.co/nC8qIojGVF

Here is how other Twitter users reacted to the multiplication trick. While some thanked Mr Mahindra for sharing the video, others put forward their own mathematical shortcuts and tricks.

Wow sir amazing. ????I never thought this can also be a fun trick for multiplication.???????? More School teachers needs to adopt such fun methods to teach kids, so that they learn without any stress and can enjoy as well. By this as school attendance can also be increased. ????

I always used this... pic.twitter.com/FAwr0t148X

Couldn't agree more with u @anandmahindra. simple way of teaching such a complicated subject.

Did you know of this multiplication shortcut? Let us know using the comments section.