After Bike Accident, Man In US Wakes Up Thinking It's 1993 And Asks Wife To Marry Again

The 58-year-old, who doesn't remember any of the accident, said that his wife is the one person who got him through. 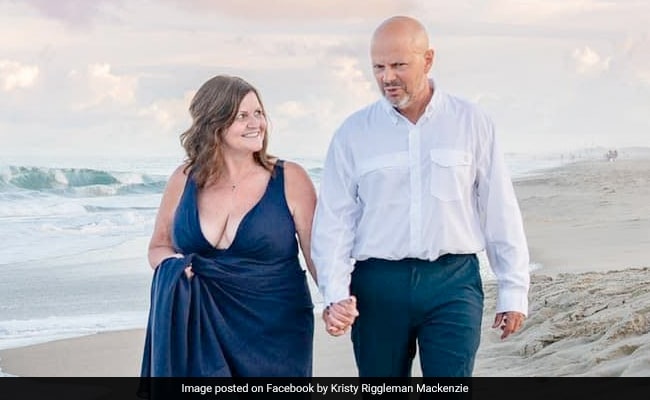 Andrew Mackenzie and his wife nearly died in a motorcycle crash in 2021.

A man who barely survived a motorbike accident in the United States last year woke up thinking it was 1993 and asked his wife to marry him again.

Kristy and Andrew Mackenzie from Virginia nearly died in a motorcycle accident in June 2021 after a car skipped a red light and smashed into the pair. As per ABC 7, the couple was launched more than 50 feet across the street leaving the husband unconscious and in need of life-saving surgery. Following the accident, the pair was immediately airlifted to a nearby hospital as they suffered internal bleeding, punctured lungs and broken bones.

But when Andrew woke up three days later in the hospital, he thought he was back in 1993. 29 years of his life had disappeared into thin air. Speaking to the outlet, Kristy said that he didn't even recognise his own daughters, Lorelai Mentzer and Amanda Mackenzie.

Andrew, on the other hand, told the outlet, "One of the first things I remember is Kristy in a wheelchair bedside trying to worry about me taking care of myself."

The family was given the devastating news from the doctors who were unable to confirm if Andrew's memory would ever return. However, upon hearing the news, his wife convinced the hospital staff to put her husband in her room as she believed this would help aid his memory.

"He started coming around asking me things and I was, like, amazed," Kristy said, adding, "There were happy tears, and within 24 hours, he was a new person".

After spending 11 days in the hospital and extensive rehab, the couple was then able to walk. As per ABC 7, they even took a family beach vacation in August. During this trip, Andrew popped the question for a second time and the couple renewed their vows days later.

"Luckily, she said yes. We'd already been married 37 years or whatever, and so it worked out," Andrew said.

The 58-year-old, who doesn't remember any of the accident, also added that his wife is the one person who got him through.