The actor responded to a video of chef Sanjay Raina with the newly elected UK PM Rishi Sunak. 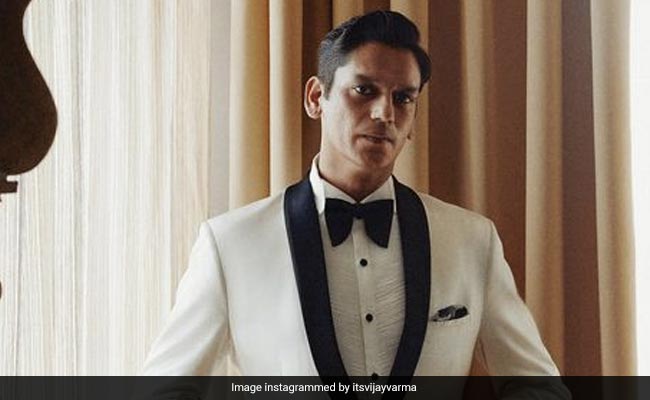 A few days ago, a video of celebrity chef Sanjay Raina's delightful interaction with the newly UK Prime Minister Rishi Sunak went viral on the internet. Now, actor Vijay Varma has responded to the same video and has left the internet in splits.

On October 27, Mr Raina took to Twitter to share the 15-second clip. He said "Mama, I have got somebody to say hello to you". He then pans the camera to the left and we can see Mr Sunak saying hello. "Vijay mama, hi. It's Rishi, how are you?" the newly-elected British PM says. Well, that's not it. Mr Sunak then invited "Vijay Mama" to his official residence 10 Downing Street.

"Hopefully, you come here and see me. So when you get here, tell your nephew Sanjay to bring you to Downing Street. Take care," he said towards the end of the short clip.

This caught the attention of Bollywood actor Vijay Varma. He responded to the video by tweeting, "Hello Beta ji! Congratulations on new beginnings. See u at 10 Downing Street soon." He also added a flower emoji with the caption.

Many internet users left laughing emojis on his post. One user commented, "Oh that's you mama." Another user said, "Didn't see that coming, Vijay mama" Another person wrote, "Oohh too wo vijay aap hain (Oh, so you are the Vijay uncle)"

Another user commented, "Just make it quick because they don't stay at 10 Downing St. very long these days!" "Now you are World's famous Mama," a user added.

Actor Vijay Varma was last seen alongside Alia Bhatt and Shefali Shah in a Netflix movie, 'Darlings'. Fans will also see the actor in the third season of popular web series 'Mirzapur'  where he will play the dual role of Bharat and Shatrughan Tyagi. He will also be seen in Sujoy Ghosh's Hindi film adaptation of 'The Devotion of Suspect X' with Kareena Kapoor and Jaideep Ahlawat.