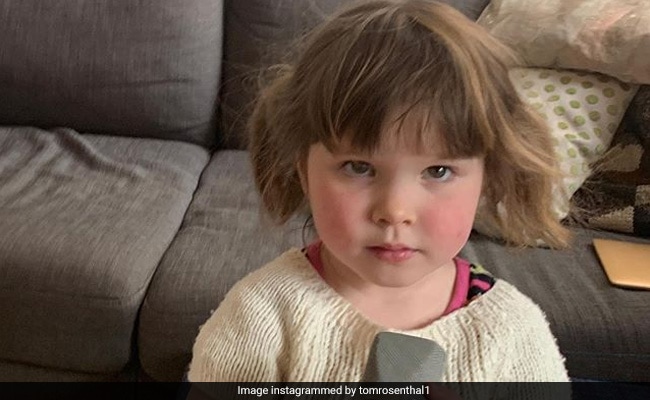 The Internet did not expect to have its heart broken like this. But that's exactly what a song going viral online is doing - giving social media users all the feels. British musician Tom Rosenthal recently took to Twitter to share the song that was written and composed by his three-year-old daughter, Fenn. Titled 'Dinosaurs in Love', this tear-jerker about doomed dinosaurs has taken social media by storm.

According to Mr Rosenthal, 33, Fenn came up with the lyrics all by herself and he helped her a little with the tune. While the song starts off innocently enough, describing dinosaurs at a party eating "people", "fruit and cucumber", it soon takes a tragic turn that struck a chord with listeners.

Listen to the latest chartbuster below:

Fenn, my nearly 4 year old daughter, recorded her first ever solo song today. She came up with all the words herself and I helped her a little bit with the tune. It's called ‘Dinosaurs in Love'. 🦕❤️🦕 pic.twitter.com/erCgG0sUvP

Since being shared online on Wednesday, 'Dinosaurs in Love' has collected 4.9 million views and over 2.3 lakh 'likes'. It has also garnered appreciative comments from thousands, including music-streaming app Spotify who were interested in knowing if three-year-old Fenn had decided on an official release date.

Has Fenn decided on an official release date yet? 🦕💚

Here is how Twitter users reacted to 'Dinosaurs in Love'

Me thinking about how the dinosaurs fell in love but didn't get to say goodbye pic.twitter.com/6MJ5CtbW2T

we're not crying you're crying https://t.co/tIzEtmCmmq

"I think she's got a really good sense of timing," Mr Rosenthal said of Fenn to CNN.

"She can just about count to 20 so she doesn't really get it if I say that half a million people have listened to the song," he added.