Bugatti Worth $3 Million Destroyed In Viral Clip. But Is It Real?

The video shows the red super sports car with 'cheater' spray painted on it. 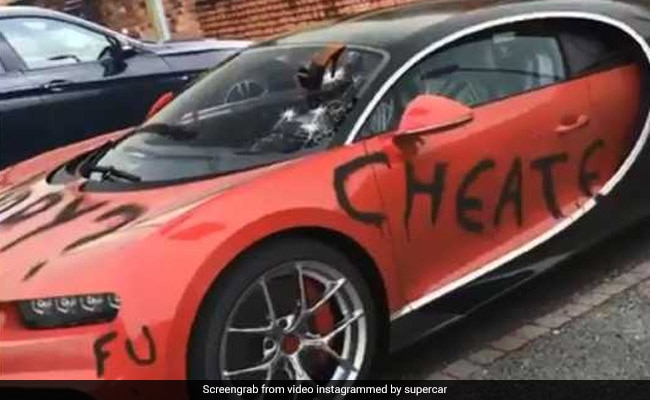 The video shows a Bugatti Chiron sports car with a shoe through its windshield.

A video that shows a $3 million Bugatti Chiron, aparently destroyed by an "angry wife or girlfriend", recently left the Internet shocked. But now, doubts are being raised about its authenticity. The video, which appeared three days ago on Instagram and has been shared widely since then, shows the red super sports car with 'cheater' spray painted on it. Its windshield appears to have been cracked with a stiletto heel.

The video of the destroyed Bugatti immediately elicited a strong reaction on social media.

However, even as the video collected thousands of views online, many raised doubts about how real it was.

"I don't get how so many people think it's real," wrote one person on Twitter. "That windscreen and shoe look fake though," said another.

The rendering these days is getting very good

Automobile website The Drive labelled the video "completely fake" and called the whole thing a render. "It's the windshield that confirms it. That's not how the safety glass in a car windshield looks when it's damaged," they wrote. "And besides, do you really think a car that can go 261 mph has a windshield that can be broken with a fancy shoe?"