The two policemen took a wrong turn as a result of which the PM Narendra Modi's cavalcade was caught in traffic for two minutes near Mahamaya Flyover as he headed for the inauguration of the Delhi Metro Magenta Line. 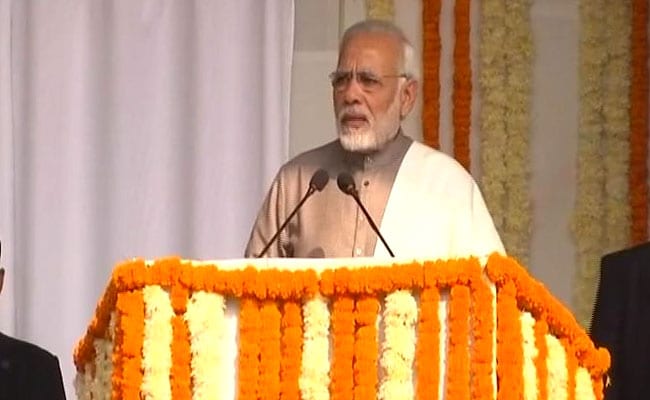 PM Modi was in Noida on Christmas for the launch of Delhi's Metro's Magenta Line.

Noida: Two Noida policemen have been suspended for taking Prime Minister Narendra Modi's cavalcade on a wrong route and causing a security breach during his visit to the city on Christmas for the launch of the Botanical Garden-Kalkaji section of the Delhi Metro's Magenta Line.

They were in the vehicle ahead to lead the prime minister's motorcade, PRO in the SSP's office Manish Saxena said.

The two policemen took a wrong turn as a result of which the prime minister's cavalcade was caught in traffic for two minutes near Mahamaya Flyover. Traffic policemen then rushed and cleared the route for smooth passage.

Promoted
Listen to the latest songs, only on JioSaavn.com
Senior IPS officer Nitin Tiwari was in charge of the traffic plan and subsequent arrangements for the VIP movement. Several rehearsals of the route were conducted before the visit.

Chief Minister Yogi Adityanath has sought action and explanation about the security breach. The report has been sent to the top police officers as well as the commissioner.

Noida On Alert After 2 Suspected Terrorists Arrested In Delhi: Police