Maharashtra Assembly Adjourned Due To Loss Of Power Supply After Rain

Heavy rains resulted in flooding of switching centre which supplies power to Vidhan Bhavan, the power supply had to be shut down for safety purposes. 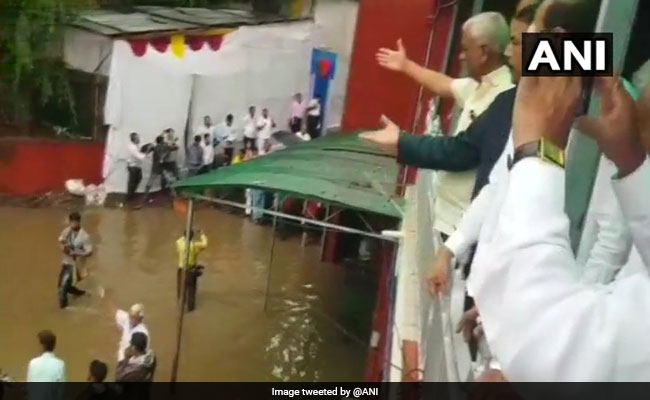 As soon as the House assembled for the day, power had to be turned off due to closure of switching centre

The Maharashtra Legislative Assembly was adjourned for an hour as electricity supply had to be turned off after the switching centre that provides power to Vidhan Bhavan premises was flooded following rains in Nagpur.

The city witnessed heavy rains from last night, which resulted in water logging at several places. Since the switching centre which supplies power to Vidhan Bhavan was flooded, the power supply had to be shut down for safety purposes.

As soon as the House assembled for the day at 10 am, Speaker Haribhau Bagde announced that power had to be turned off due to closure of the switching centre. It was adjourned till 11 am.

Shiv Sena, an ally of the ruling BJP, was quick to criticise the government.

"Had this happened in Mumbai, there would have been a barrage of criticism against the Sena-run Mumbai civic body. Everybody would have demanded an inquiry against the Brihanmumbai Municipal Corporation (BMC)," Shiv Sena group leader in the house, Sunil Prabhu, told reporters.

"Nagpur is the second capital of the state and an important city. Nagpur Municipal Corporation is run by the BJP. It should have provided basic infrastructure to ensure rains don't obstruct the proceedings of the legislature session," Mr Prabhu added.

NCP MLA and former minister Bhaskar Jadhav said, "This government is fully exposed. It decided that the monsoon session will be held in Nagpur. Shouldn't it make all the arrangements to put the disaster management systems in place."

Energy Minister Chandrashekar Bawankule said it was for the first time that rains had affected the legislature proceedings in such a manner. "This happened because maybe the drainage was not cleaned," Mr Bawankule said.

"The switching centre had to be closed to avoid any technical problem which would have led to hazardous situation. Water level is receding and we hope the situation will be normalised," Mr Bawankule said.

Promoted
Listen to the latest songs, only on JioSaavn.com
The minister said there was power supply in the rest of the city.

"We were not sure if generators can take the entire load of Vidhan Bhavan premises," Mr Bawankule said.