The woman, an undertrial, told fellow inmates and the Jail Superintendent when she returned to the prison. 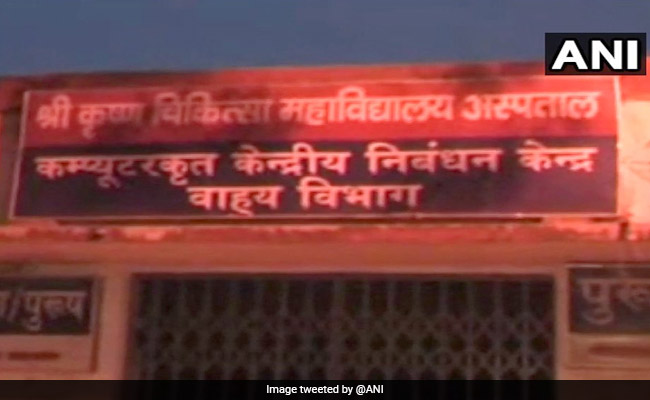 The Jail Superintendent wrote a letter to the state police to register the rape case.

A prisoner in Bihar's Sitamarhi was allegedly gang-raped by two men when she was in hospital for treatment. RJD leader Tejashwi Yadav has alleged that the two attackers were policemen.

The woman, an undertrial, has alleged that she was raped on November 14 in the washroom of Sri Krishna Medical College and Hospital in Muzaffarpur. She had been in a hospital since November 11.

She reportedly told fellow inmates and the Jail Superintendent when she returned to the prison.

The Jail Superintendent wrote a letter to the state police to register a case, after which an investigation started.

Tejashwi Yadav tweeted that the prisoner was raped by policemen, which, he said was another example of Chief Minister Nitish Kumar's poor governance.

Tejashwi's father Lalu Yadav, who is in jail for corruption, also targeted former ally Nitish Kumar in a tweet alleging "height of lawlessness".

"Listen Nitish being deadly silent on crime is also a crime," the former chief minister and RJD chief commented.

Muzzafarpur has been in the news over allegations that 30 girls were raped and tortured at a shelter home and officials hid the crime with help from people in power. The main accused Brajesh Thakur, a politically-connected man, is lodged at a jail in Punjab's Patiala.