To sir, with love: University students to protest against professor's wrongful suspension 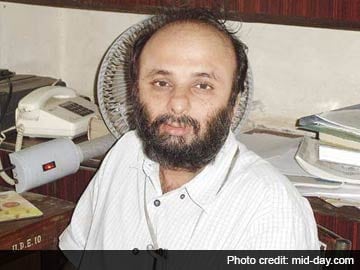 Around 1,000 students of Mumbai University have decided to miss class today. But their reason for missing class is not to have fun, but rather a noble cause. They are protesting the suspension of one of their professors, a decision they call unfair.

On January 4, Dr Neeraj Hatekar, a professor of Econometrics in the Economics Department at the University of Mumbai was suspended. Dr Hatekar's suspension came after he was part of a press conference in December, in which he reported the alleged mismanagement at the varsity and the deterioration of the university's academic status.

Enraged that Dr Hatekar was given no chance to present his side or defend him, students have decided to miss class and carry out a protest at the main gate of the Kalina campus building. They said they would shut the main gates and wouldn't even allow other students to enter the premises.

Students said the authorities should understand that Dr Hatekar's suspension was affecting them, as they have lost a good teacher for important subjects such as like econometrics, game theory and microeconomics. Amol Kale, one of those who will be protesting, said, "We sent a letter to the Vice-Chancellor on January 6, asking him to revoke the decision of suspending Dr Hatekar. But, they haven't replied. Hence, we have decided to protest today at 8.30 am."

Rakesh Sharma (name changed), a student from the German department, added, "Apart from being a good professor, he is a very nice and kind human being. He is always there to help students in need. Whatever the problem may be, financial or documentation, he's always there to lend a helping hand. Since his suspension, there have been no lectures, due to which students are suffering."

Promoted
Listen to the latest songs, only on JioSaavn.com
Other students shared similar sentiments. Another PhD student chimed in that they had also begun a signature campaign to ask for the suspension to be revoked, for which they had already received 300 signatures. "Additionally, we are also planning on meeting the Governor of the state to seek justice. Besides, a Facebook page has also been made, asking other students from affiliated colleges to join the protest," said Maharudra Sirsat, a student.

University speaks
An official from the Kalina campus told MiD DAY that they were aware of the protest. "Lectures are being conducted with the help of assistant professors. It is true that some students have decided to protest." Meanwhile, Dr Hatekar said he had submitted a petition to the High Court, questioning the suspension order and asking for it to be revoked. The petition would be presented today in court.