The Ministry of Earth Sciences, using in-house expertise and in close coordination with the Brihanmumbai Municipal Corporation (BMC), has developed this system. 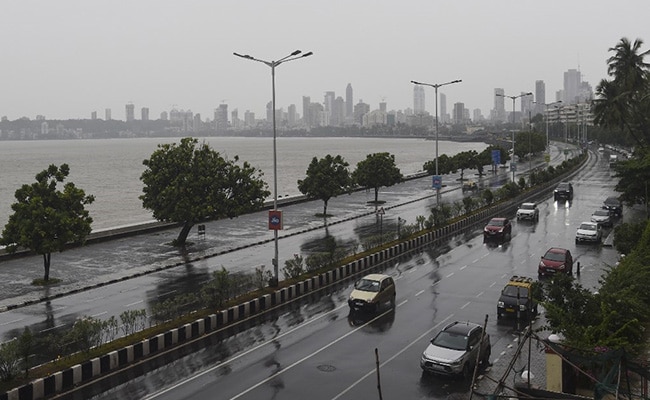 Dr Harsh Vardhan, Union Minister for Health and Family Welfare, Science and Technology, and Earth sciences, who was also present during the ceremony, said the system will help the people of Mumbai in a "big way" as it can predict floods.

The Ministry of Earth Sciences, using in-house expertise and in close coordination with the Brihanmumbai Municipal Corporation (BMC), has developed this system.

"The flood management system is a boon for the city and it will be helpful in saving Mumbai," Mr Thackeray said via video-conference after the launch.

"As Maharashtra had received warning about cyclonic storm Nisarga 2-3 days in advance, the state government could shift people to safer locations and hence there was hardly any loss of human life," he said.

Cyclone Nisarga had made landfall near Alibaug in Raigad district of the state last week.

He said that some areas of Mumbai are below the sea level, due to which the sea water enters the city during the high tide.

"Therefore since 2005, several pumping stations have been built in the city, which stops ingress of water and also pumps it out of the city," he said.

On July 26, 2005, Mumbai had witnessed one of its worst floods when the city had received 944 mm rainfall in a single day.

Mr Thackeray also called for the need to have four Doppler radars in the city.
He said the BMC was the first civic body in the country to build its own molecular lab after Leptospirosis outbreak in the city.

The chief minister said that the government has increased the number of COVID-19 testing labs to 85 from two earlier. "Soon the number will be increased to 100," he added.

On a lighter note, Mr Thackeray told Harsh Vardhan, "Like this system, give us early warning about approaching political storms."

IFLOWS-Mumbai has been developed as a state-of-the-art flood warning system for Mumbai to enhance the resilience of Mumbai by providing early warning for flooding specially during high rainfall events and cyclones, an official statement said.

Using this, it will be possible to have an estimate of the flood inundation three days in advance, along with immediate weather updates, it added.

Harsh Vardhan said that the IFLOWS system was "one of the most advanced" ones, which would help the people of Mumbai.

"The hi-tech system will predict floods before they occur, therefore enabling Mumbaikars to take due precautions in advance. This will be a boon for Mumbai, a city that has been experiencing floods with increasing periodicity," he said.

"Mumbai floods, especially that occurred in 2005 and 2017 are etched in everyone''s memory. This highly-advanced flood warning system will help the people of Mumbai in a big way. A similar system was already developed by MoES and is in operation at Chennai," he said.

"Since the last many years, India has never given any false alarm on this particular issue. This tsunami warning service has also been extended to the countries in Indian Ocean Region who are being highly benefited," he said.