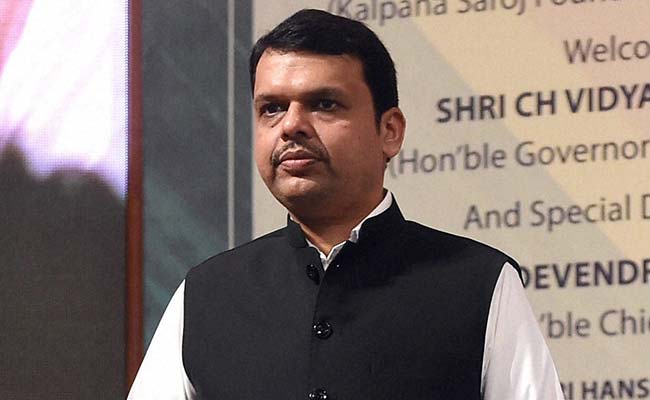 Devendra Fadnavis said of the total of 500 hotspots will be operational by November 2016.

Mumbai: As part of transforming Mumbai into a Smart City, the state government will provide as many as 1,200 wi-fi hotspots in the megapolis, Chief Minister Devendra Fadnavis said today.

"We are making Mumbai a wi-fi city by May 2017 with 1,200 hotspots at important places," Mr Fadnavis said during a debate on issues related to urban development in the state Assembly.

This was another important step after the CCTV project towards making Mumbai a Smart City, he said.

Talking about other Mumbai-related issues, he said BMC (municipal corporation) will treat all the sewage water before it flows into the sea.

A project to generate electricity from the waste was being set up, Mr Fadnavis said.

The Union Government had sanctioned affordable housing projects under which 1,01,701 houses would be constructed in the state. Centre had allocated Rs 1,513 crore and the state Government Rs 967 crore, Mr Fadnavis said.

"We have taken a decision to allow cluster development (of residential buildings) in suburban areas too. We are waiting for impact assessment report," he said.

Saying that his government had not spared anyone found guilty of corruption, Mr Fadnavis said many corrective steps on waste management were taken after the Deonar (garbage) dumping ground fire incident in Mumbai.

Maharashtra had signed an MoU with HP for creating IT infrastructure in three Smart Cities, and was going to invest Rs 1,800 crore for this, he said.

Rs 4,000 crore had been made available for the development works in 44 AMRUT cities, Mr Fadnavis said.

BJP MLA from Mumbai Ashish Shelar sought a probe into the alleged grant of excess FSI to 24 IT parks in Mumbai during the Congress-NCP regime. Mr Fadnavis promised an inquiry.

Mr Shelar also claimed that Rs 1,200 core were collected in excess from residents of Mumbai towards the property tax.