Some in the city now even refer to the area as Mumbai's "Positano", after the Italian town which has buildings with equally vibrant facades. 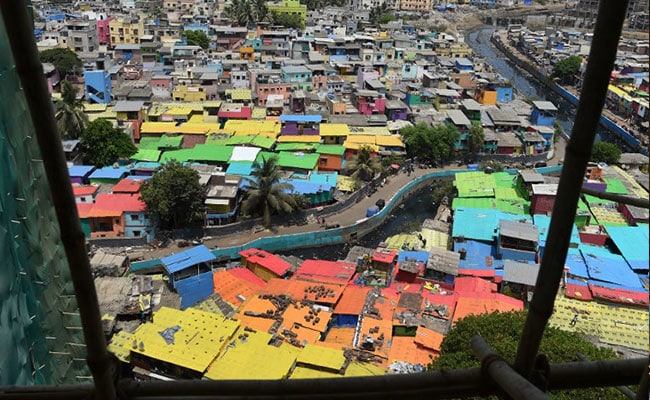 After the monsoon ends Chal Rang De will start planning ways to transform its next slum. (AFP)

Mumbai: Mumbai's slums are getting a colourful makeover thanks to an organisation that aims to change how people perceive deprived areas in the financial capital.

Volunteers have transformed some 12,000 homes across four different areas in the city of 20 million people into a bright visual spectacle.

"We wanted to change the way people look at slums in Mumbai, in India," the organisation's co-founder Dedeepya Reddy told AFP.

"When you say 'slums' all you think about are the negative things, the dirtiness. That becomes a reflection of the people who stay here but it's not the case.

"They are really amazing people, they are very happy individuals, and we wanted their locality to be a reflection of who they are," she added. 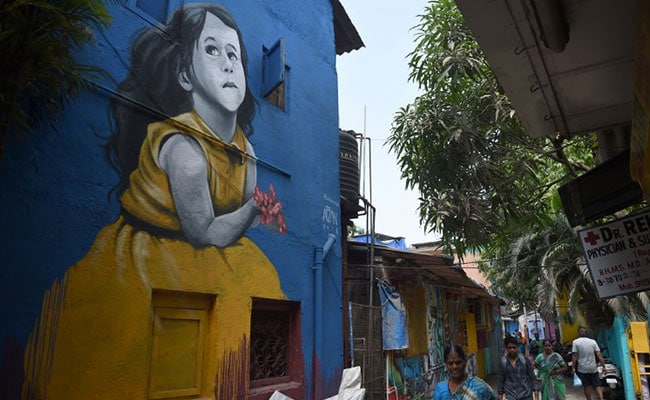 The murals have added a new color to the otherwise pale walls of the slum. (AFP)

Around 40 percent of Mumbai's population live in slums, according to various estimates. The settlements are typically cramped and structures are often dilapidated and lack access to proper toilets.

Chal Rang De was born last year when Ms Reddy had the idea to paint the outside of homes in the gloomy hilltop slum village of Asalpha in the north of the city.

Some 750 volunteers answered a call on social media to help brighten up the area by painting homes in a rainbow of colours.

Some in the city now even refer to the area as Mumbai's "Positano", after the Italian town which has buildings with equally vibrant facades.

The group then turned their attentions to three neighbouring settlements in the northern suburb of Khar. Almost 3,000 volunteers turned up over two weekends last month. 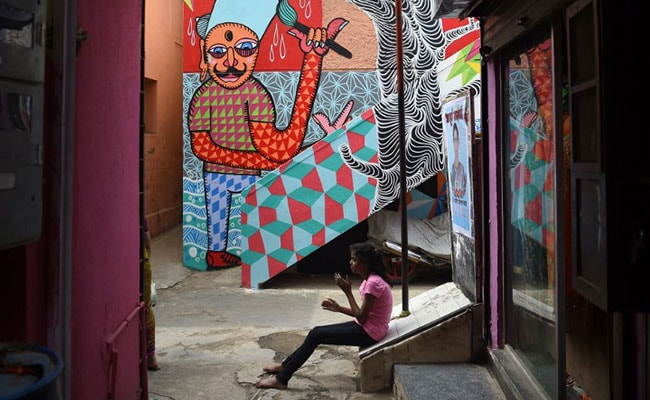 The organisation aims to change how people perceive slums in the country. (AFP)

"It gives so much hope that people don't care about getting their hands dirty and want to do something for society. It's so simple, you take a paintbrush and feel like you can change the world," says Reddy.

The 31-year-old says residents are initially skeptical when she approaches them with the idea but are quickly convinced.

"There are now lots of colours in our area. It looks like something new and is like a gift for us," 30-year-old Sanjay Naresh Gaikar told AFP outside his newly painted home. 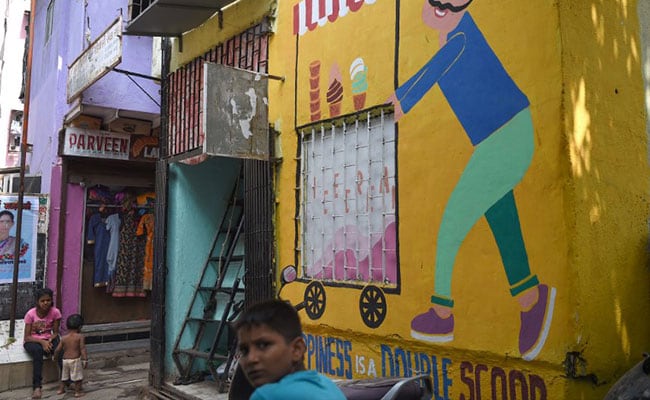 Mumbai's slums flood during the annual monsoon from June to September. Large areas of the city turn blue as residents place tarpaulins over their corrugated iron roofs to try to keep out heavy rains.

Chal Rang De has teamed up with a waterproofing company to lay special material that will prevent leakages for up to five years.

"We are also colouring the top of that material so when you fly you will see a very different kind of Mumbai," says Ms Reddy.

After the monsoon ends Chal Rang De will start planning ways to transform its next slum.

"When you see something that looks like an eyesore to someone, it looks like a canvas to us. We want to colour the entire country," she says.
Comments
Mumbai slumsChal Rang DeAsalpha Mumbai