The 87 students present unveiled a life-size six-feet statue of Kalam at the school entrance. 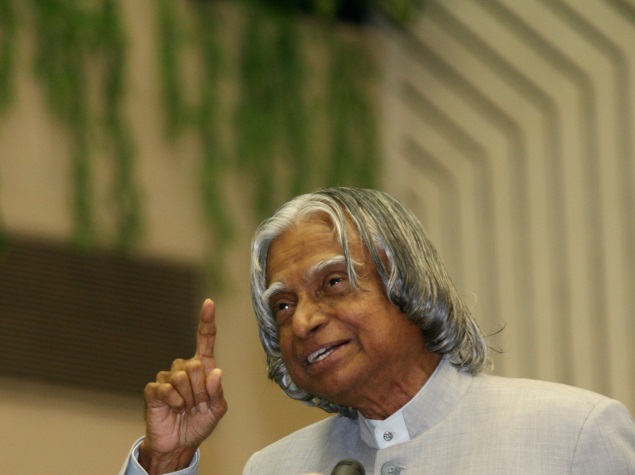 Dr Kalam was the Principal Patron of SIES and also recipient of SIES Lifetime Achievements Award.

Mumbai: Ghatkopar-based NMWS-run school was renamed as 'SIES Dr A.P.J. Abdul Kalam Memorial High School' on Sunday in the presence of 87 students -- the number representing the "87th birthday" of the former President.

The 'North Mumbai Welfare Society' (NMWS), running the school with 3,250 students, had merged with the South Indian Education Society (SIES), Matunga, which runs many educational institutions in Mumbai with over 25,000 students.

The 87 students present unveiled a life-size six-feet statue of Kalam at the school entrance.

Later, SIES President V. Shankar unveiled the renamed school plaque and inaugurated an exhibition "India at 70", which comprises 70 panels dedicated to topics like "Least known facts about India", "Things India has given to the world", "To make a modern India" and "Great achievers of India".

Dr Kalam was the Principal Patron of SIES and also recipient of SIES Lifetime Achievements Award.

"In his honour and memory and in acknowledgement of the significant contribution he made to ignite young minds, we have decided to rename the newly acquired NMWS school after him," Mr Shankar said.

Though satellite stations, roads, educational programmes, and a bacteria ("Solibacillus Kalami", by NASA) have been named after India's Missile Man, "ours is probably the only institution to name a school after Dr Kalam who was fond of children", Mr Shankar said.

The school will showcase books authored by the late President, calling the collection 'Kalam Ki Kalam'.

A kiosk at the school entrance will have some of Dr Kalam's quotes on display all day long, he added.
Comments
APJ Abdul Kalam