Mumbai Breaks 65-Year Record For Most Rainfall In September

Mumbai rains: This season's monsoon has been characterised by exceptionally heavy rainfall in short spells, leading to a breakdown in normal life in Mumbai on three occasions

Mumbai will receive record amount of rain for September, surpassing the 920 mm it received in 1954

Mumbai has received nearly 960 mm of rain so far this month, breaking a 65-year record for the most rainfall in September. The previous record of 920 mm was set in 1954. The city has also received a massive 838 per cent increase in rainfall compared to September 2018, when it got a paltry 7 mm. All of this is despite a 15-day delay in the onset of the monsoon in June.

On Wednesday night the weather department had predicted more heavy rainfall, particularly over Mumbai and Raigad, over the next 48 hours, leading to the closure of schools and colleges and the deploying of emergency rescue teams from the National Disaster Response Force and the Brihanmumbai Municipal Corporation (BMC).

However, Mumbai has not, so far today, experienced the kind of heavy rainfall that brought the city to a standstill on three separate occasions earlier this year. The rainfall stopped before the high tide came in for the day, meaning there was no disruption to normal life.

The city's civic body had earlier warned residents to be wary of the weather and avoid venturing into the sea or water-logged areas.

"Heavy rainfall today & extremely Heavy Rainfall warning in Mumbai City & Suburbs for the next 24 hrs, issued by #IMD . We request #Mumbaikars to avoid venturing around the sea & into water logged areas. Please take care and be careful. For any assistance #Dial1916," the civic body tweeted. 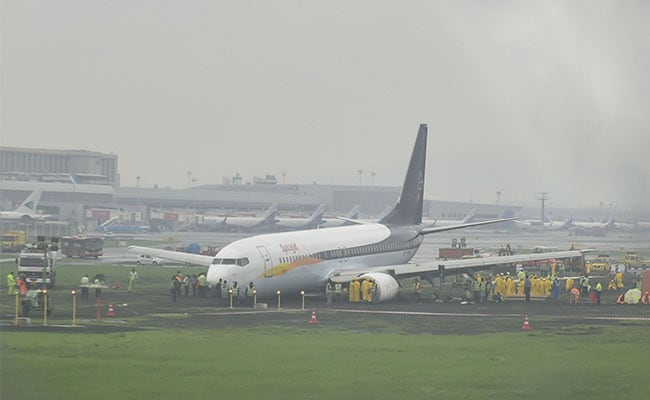 Schools and colleges in Mumbai were closed for the day.

"In view of heavy rainfall forecasts, as a precautionary measure, holiday is declared for all schools & junior colleges in Mumbai, Thane and Konkan regions for 19 Sep 2019," Education Minister Ashish Shelar tweeted, adding that district collectors in other parts of the state had been asked to take similar decisions based on local conditions.

In addition, Palghar and Thane regions are also expected to receive heavy to very heavy rainfall. Alerts have been sounded in those areas with district administrations keeping a close watch, especially on low-lying areas that are prone to flooding.

Overall, Mumbai is likely to break the record for most rainfall in a single monsoon season, which currently stands at 3,759.7 mm in 1958. So far this monsoon season has resulted in 3,544.6 mm of rain, with nearly 69.4 mm (or nearly ten times the normal amount) of rain in the last 24 hours.