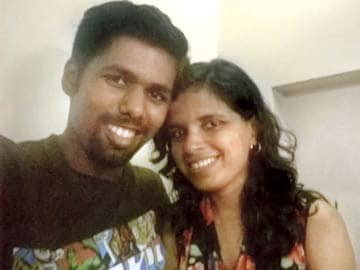 After a couple became a victim of moral policing in Goregaon, allegedly in the name of the commissioner of police, because the woman was sitting with her arm around her boyfriend's waist, Commissioner of Police Rakesh Maria has clarified that the Mumbai Police will not indulge in such moral policing.

This paper had reported how 24-year-old Runcil Rebello and his girlfriend, Cheryl Godinho (25), had been sitting outside Oberoi Mall in Goregoan (East) and Godinho's arm was around Rebello's waist. The couple was accosted by a group of four police officials from Dindoshi police station, saying they had been behaving 'indecently'.

They were charged under the Bombay Police Act and the woman was fined Rs 1,200 for her 'indecent behaviour'. The police had justified their actions, saying they were 'carrying out the commissioner's orders'. After the report sparked outrage among citizens, Mr Maria issued a press note stating that cops do not support such moral policing.

Mr Maria also clarified that he had issued no order asking cops to undertake moral policing. He explained that cops from the anti-eve-teasing squads are actually meant to catch crooks who harass and molest women on the streets.

"Anti-eve-teasing squads have been made for the safety of women/girls in crowded places, and especially during the festive season of Ganpati and Navratri," a press note by Mr Maria stated.

"The squads' mandate is to concentrate on preventing harassment of women and they are supposed to refrain from indulging in any kind of moral policing. It is again reiterated that Mumbai Police is firm on its stand that it will not act as the moral police.

Promoted
Listen to the latest songs, only on JioSaavn.com
The instruction for the same is given to all police stations, DCPs and higher officers. Also, a workshop to sensitise and train cops from the anti-eve-teasing squad will be conducted on September 18."