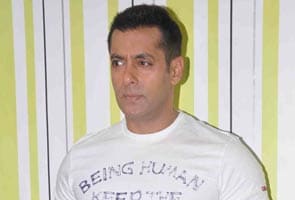 Mumbai: Actor Salman Khan has been ordered to appear in a Mumbai court on December 27. The senior inspector of the Bandra Police Station has also been summoned.

The court  issued notice to the Bollywood superstar and to the police based on a complaint that the cops faked documents and evidence to help Mr Khan in a hit-and-run case.

The complaint was filed by lawyer-activist  Abha Singh.

In 2002, the actor's SUV ran over five people - one person died and four others were injured.  The case is still being tried.

Promoted
Listen to the latest songs, only on JioSaavn.com
Charges against the actor include rash and negligent driving.