Mumbai: No Muslims, said online ad for a flat 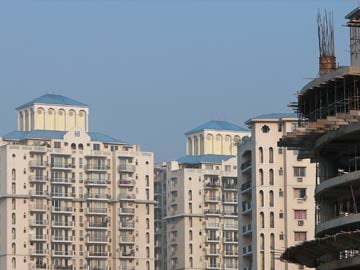 A series of media reports have exposed that many apartment buildings in Mumbai are deemed off-limits to Muslims.

Mumbai: The online ad for a two-bedroom flat for sale for three crores in Mumbai highlighted the fact that it was furnished and had lots of natural light. Included in the descriptor, along with "with car parking" was "no Muslims."

The ad was posted on October 27 on popular property rental and sales portal, 99acres.com. Social activist and lawyer Shezad Poonawala has filed a complaint with the National Commission of Minorities against both the broker who was selling the flat and the website.

"This advertisement is only a symptom of the stereotype and prejudice that exists in society... I would advise 99 acres to immediately apologize unconditionally to the Muslims because there is an outrage against this advertisement," said Mr Poonawala to NDTV.

In a statement, 99acres.com says, "We are in the process of putting in place more rigorous checks and processes to prevent the recurrence of such listings. We are deeply embarrassed that our site was misused in this manner."

Vishal D Souza, the broker who placed the ad, was not available for comment. An employee in his office said that while the ad deeply problematic, in Mumbai it's not uncommon for landlords to make it clear that they are not willing to sell or rent homes to Muslim families.

Promoted
Listen to the latest songs, only on JioSaavn.com
A series of media reports have exposed that many apartment buildings in Mumbai are deemed off-limits to Muslims by the societies or administrative councils that govern them and are elected by resident for one-year terms.