Mumbai Monorail: With this, the entire 19.54 kilometre route of the country's first monorail system, being implemented by the Mumbai Metropolitan Region Development Authority (MMRDA), is now functional. 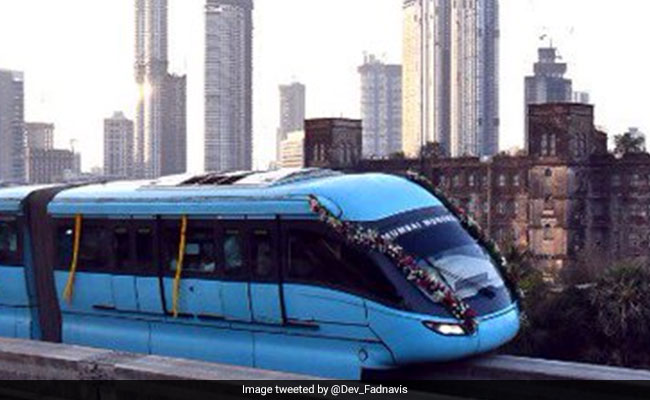 Mumbai Monorail plans to operate 120 services with a fleet of seven trains between 6 am and 10 pm daily.

With this, the entire 19.54 kilometre route of the country's first monorail system, being implemented by the Mumbai Metropolitan Region Development Authority (MMRDA), is now functional.

The 8.26 kilometre first phase, built and operated by a consortium of Larsen & Toubro and Malaysian firm Scomi Engineering, was commissioned in February 2014.

Speaking at the event, Mr Fadnavis said the country's first ever monorail had faced many hurdles and delays in the past but was now finally seeing the light of day.

"The first 8 km route which got commissioned in 2014 was used as a mere joyride because there was no last mile connectivity. But now, with the commissioning of the second phase, it will no longer remain a joyride but passengers can now use it for a hassle-free commute," he said.

The Chief Minister said the monorail's annual ridership will now increase from the current 4.5 lakh to 30 lakh.

"In the process of urbanisation, the most important element that needs to be addressed is mobility. It is necessary to develop an efficient and sustainable public transport system. In Mumbai we have a strong suburban railway system, and with the projects like monorail and metro network, we will be able to develop sustainable mobility," he said.

The chief minister further said there was a need to integrate transport systems including railways, monorail, metro, BEST and the proposed waterways. 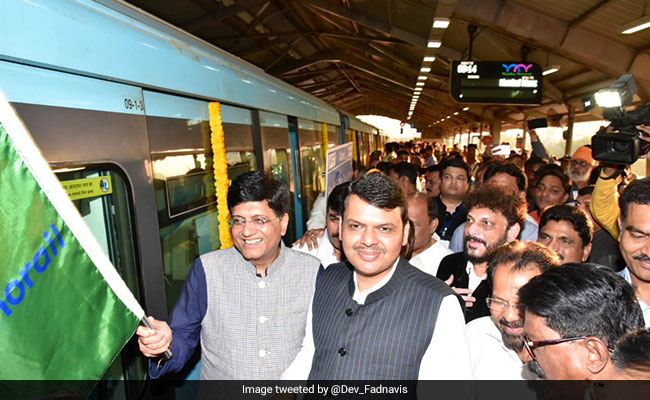 He said the civic-run Brihanmumbai Electric Supply and Transport undertaking should get more electric buses in its fleet to reduce pollution.

At that event, the chief minister said expeditious work has been done by the Railways in Prime Minister Narendra Modi's government.

"The Rs 750-crore Kalyan Murbad railway line has also been sanctioned. Fast development is the motto of PM Modi's new India. Earlier, after budget announcement, it would take 20 years for work to start, but in 4 years we have done a lot of work," he said.

Railway Minister Piyush Goyal, who was present at the monorail inauguration event, said his ministry has given in-principle approval for connecting all monorail stations to ones on the suburban railway network.

"We have taken this decision to connect monorail to all railway stations, subways, skywalks, to ensure end to end connectivity," mr Goyal added.

Speaking at the event, MMRDA Commissioner RA Rajeev said, "At almost 20 kilometres, Mumbai monorail is the third largest route in the world after China with 98 kilometres and Japan with 28 kilometres. Despite several hurdles, we have managed to now finally commission the entire route."

In December last year, MMRDA terminated the L&T-Scomi Engineering consortium's contract over non-performance and other lapses including frequent equipment breakdowns. 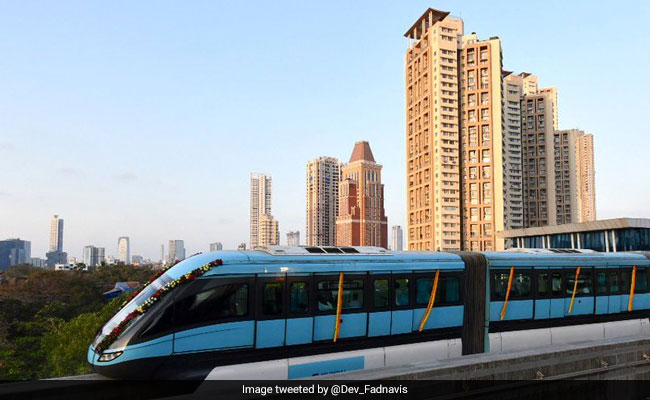 Further, a fire in an empty monorail coach in November, 2017 had led to the network being shut till August last year.

Since taking over the monorail's operations, MMRDA has said it has reduced daily losses from Rs 1.8 crore to Rs 1 crore.

It plans to operate 120 services with a fleet of seven 4-coach trains between 6 am and 10 pm daily.