Rain over the western coast, especially in Mumbai, is likely to peak between June 8 and 10, a private weather agency said. 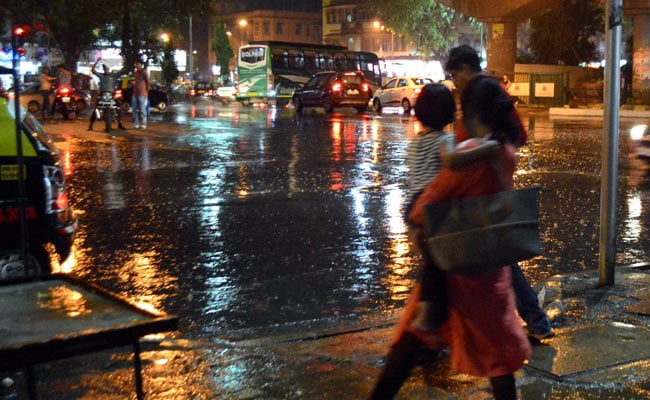 Rainfall activity is likely to increase over parts of Maharashtra. (File)

Rain over the western coast, especially in Mumbai, is likely to peak between June 8 and 10, private agency Skymet said.

However, the government said as monsoon is strengthening, increased rains were expected from June 7 in Kerala, coastal Karnataka, Konkan belt and Goa. It also warned of "possible flooding" from June 10 onwards in these areas.

Monsoon, which made an onset in Kerala on May 29, three days before its scheduled arrival, has advanced in some parts of Tamil Nadu, and southwest, west-central, east-central, northeast of Bay of Bengal, and in most of the northeastern states, the weather office said.

"Conditions are likely to become favourable for further advance of southwest monsoon into some more parts of south peninsula, Bay of Bengal, Assam, Arunachal Pradesh and remaining parts of Tripura and some parts of Meghalaya, and sub-Himalayan West Bengal during next 2-3 days with the likely development of favourable circulation features and strengthening of cross equatorial winds.

"Rainfall activity is likely to increase over parts of Maharashtra and Goa states from June 6, leading to advance of southwest monsoon over these areas during June 6 to June 8," the IMD said in its bulletin.

Mumbai is likely to witness its first spell of heavy rains during the period and Skymet has asked people to stay indoors.

"Sustained heavy raining coming for a week starting on the 6th of June. (June) 8/9/10 can be extremely heavy. Warnings should be issued now. Just stay indoors," Skymet CEO Jatin Singh said on Twitter.

A cyclonic circulation is forming over Konkan and Goa, and it will gradually move north along the Maharahstra coast, Mahesh Palawat, vice-president, Skymet, said.

Promoted
Listen to the latest songs, only on JioSaavn.com
On Saturday, three people, including two children, died due to electrocution as pre-monsoon showers hit Mumbai.

The mega-city and the western coast are prone to very heavy rains.