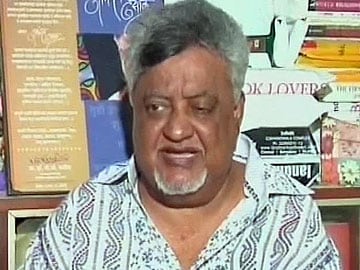 Dhasal, who was battling with colorectal cancer, died at the Bombay Hospital. His last rites would be performed in Mumbai tomorrow.

Dhasal was one of the founders of the militant Dalit Panther movement which started after the riots n Worli's BDD chawls in the late '60s.

He was also a pioneer of the Dalit literature movement known for its deep concern for the under-privileged.

The Padma Shri awardee also has a medical history of myasthenia gravis which is one of the lesser known auto-immune disorders.

In 2007, actors Amitabh Bachchan and Salman Khan had helped raise funds for Dhasal whose family was on the verge of selling their house to pay his medical bills.

Promoted
Listen to the latest songs, only on JioSaavn.com
Dhasal, also a rights activist, received the Nehru award for his book 'Golpitha'. In 2004, he was awarded the prestigious Sahitya Akadami award for his contribution for literature.

Dhasal's selected poems were translated into English under the title "Namdeo Dhasal: Poet of the Underworld", Poems 1972-2006.