Major Fire Breaks Out At Mumbai Residential Building, None Injured

The blaze erupted at 8 am in Aashiyana Tower's duct and spread to its first floor, said a Mumbai civic body official. 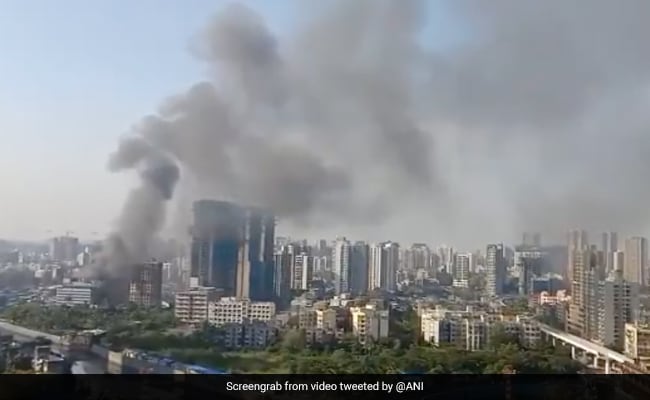 Mumbai: The fire was doused around 12.15 pm, an official said.

A major fire broke out in a ground-plus-six-storey residential building at Oshiwara, a western suburb of Mumbai, on Friday morning, a civic official said.

Nobody was injured in the blaze that erupted at 8 am in Aashiyana Tower's duct and spread to its first floor. It was doused around 12.15 pm, the official said.

A local corporator said a major tragedy was averted as a CNG filling station is located next to the building.

"At least eight fire engines and as many water jetties were engaged in the firefighting operation, and the blaze was doused after over four hours of efforts. The cooling operation is underway at the spot," the civic official said.

Thick clouds of smoke due to the fire were visible from far away.

Fire brigade officials said the cause of the blaze is under investigation, but local residents suspect that a short circuit was behind it.

Talking to PTI, local corporator Raju Pednekar said the residents of the building heard some loud noise before the fire.

"A CNG pump is positioned between the building and a school. It would have been a big tragedy had the fire spread to it," he said.