Fed up of her drug addict son who was also sexually abusive, a mother in Mumbai's Bhayander West paid contract killers Rs 50,000 to murder him; now, he's dead, but she's in jail. 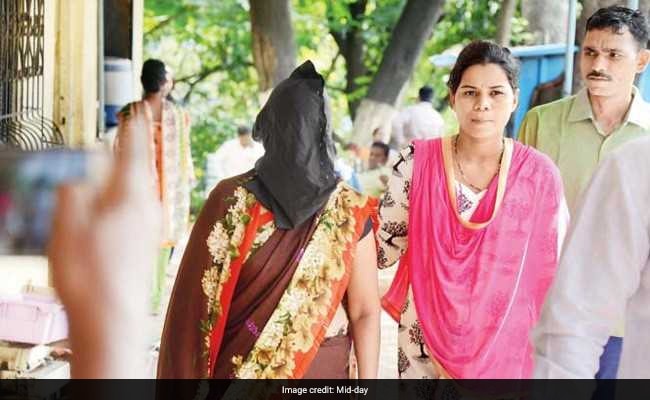 Mumbai: Fed up of her drug addict son who was also sexually abusive, a mother in Bhayander West paid contract killers Rs 50,000 to murder him; now, he's dead, but she's in jail. The Vasai police on Sunday arrested the woman and three others for the murder that was committed on August 20.

Ramcharan Dwivedi was a drug addict

According to police sources, the victim, identified as Ramcharan Ramdas Dwivedi, 21, was addicted to drugs and sex. He'd raped dozens of women, including his own mother and stepmother. Unable to bear his actions any longer, his mother hatched a plan with her elder son Sitaram to kill Ramcharan.

She gave Rs 50,000 for the murder to two of her friends, identified as Keshav Mistry and Rakesh Yadav. On August 20, under a false pretext, Sitaram, Keshav and Rakesh took Ramcharan in a tempo from Bhayandar and brought him to a mine in the Jankipada area of Vasai around 2 pm. They lowered him from the tempo, slashed his throat and escaped from the spot after throwing his dead body in the mine, the official added.

The Waliv police then found Ramcharan's body the next day. However, despite the police putting up posters in Thane, Mira Bhayander and Palghar he was not identified till September 14. The cops got to know a man matching his description had gone missing since the day Ramcharan's body was found. They later identified him and zeroed in on the suspects.

Promoted
Listen to the latest songs, only on JioSaavn.com
"We have arrested four accused under section sections 302 (murder) and 201 (Causing disappearance of evidence of offence, or giving false information to screen offender) and 34 (common intention) of the Indian Penal Code yesterday [Sunday]. They were produced before the court and remanded in police custody. They have confessed to their crime," said Anil Akde, SDPO, Vasai division. "The Waliv police officials Sr. PI Sanjay Hazare, PI Bandekar and PI Mane and their team have done a wonderful job," he added.