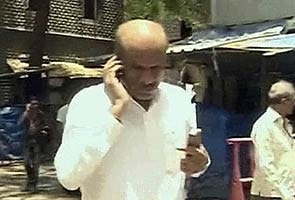 Mumbai: A day after the anti-hawking drive during which a street vendor died in Mumbai, Assistant Commissioner of Police Vasant Dhoble has been transferred pending a CID inquiry.

Mr Dhoble, who was not physically present at the spot when the incident occurred, reportedly supervised the drive carried out by civic authorities in the Vile Parle and Santa Cruz suburbs of Mumbai.

"He has been transferred out and has been asked to report to the main control room of Mumbai Police", Joint Commissioner of Police, Law and order, Sadanand Date told NDTV. When asked about the cause of death, he said, "Prima facie, it looks like he died of a heart attack, but we are waiting for the postmortem report. The report will ascertain the exact cause of death."

Sources say no force was used against the hawker, and that he collapsed as cops approached his stall. He was taken to a nearby hospital where he was declared dead on arrival. But the hawker's family says that he was beaten up.

A massive protest by hawkers over the death forced the state government to order a CID probe.

Mumbai Police have so far noted the incident as an accidental death.

Promoted
Listen to the latest songs, only on JioSaavn.com
In the past, Mr Dhoble has been criticised for raiding bars, hotels and pubs citing the provisions of the Bombay Prohibition Act.