Migrants Must Question Lack Of Development Back Home: Raj Thackeray

Mr Thackeray, known for his strident, son-of-the-soil rhetoric, addressed a rally organised by the Uttar Bharatiya Manch, an organisation of North Indians living in Mumbai. 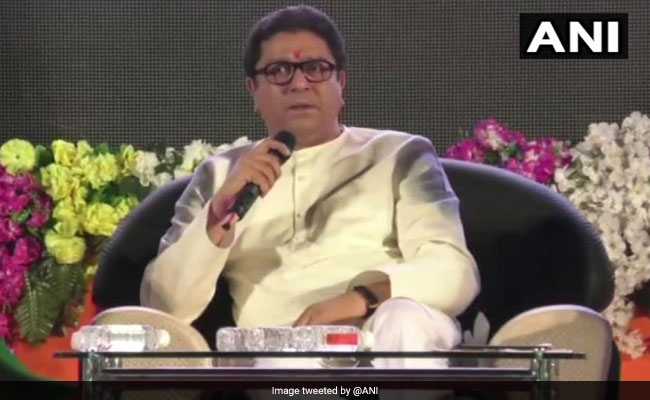 Making a speech in Hindi, probably for the first time ever, Maharashtra Navnirman Sena (MNS) boss Raj Thackeray said in Mumbai that migrants from Uttar Pradesh and Bihar should question the leaders in their home states for lack of development.

Mr Thackeray, known for his strident, son-of-the-soil rhetoric, addressed a rally organised by the Uttar Bharatiya Manch, an organisation of North Indians living in Mumbai, on Sunday.

He said he was not there to give any clarifications for the past agitations of his party, but to make his argument in Hindi so that it would reach a wider audience.

"States such as Uttar Pradesh have given so many prime ministers, including current prime minister Narendra Modi (who is the MP from Varanasi). None of you ask them (the leaders) why the state is lagging behind in industrialisation and why there are no jobs there," Mr Thackeray said.

In the past, Mr Thackeray has made it a point to address his rallies only in Marathi. He rarely speaks to the media in other languages.

"Most of the migration to Mumbai is from UP, Bihar, Jharkhand and Bangladesh. All I want is if people are coming to Maharashtra in search of livelihood, they should respect the local language and culture.

On Gujarat recently witnessing attacks on migrant workers after the rape of a baby girl, allegedly by a migrant work from Bihar, Mr Thackeray said, "When I take a stand which leads to conflict with people from UP and Bihar, everyone comes down heavily on me. But after the recent attacks on Bihari people in Gujarat, nobody questioned the ruling party (BJP) or the prime minister (whose home state is Gujarat)."

"Similar opposition (to outsiders) was seen in Assam as well as in Goa, but those issues were never blown up by the media. But the coverage of my agitation is always colourful and widespread," said Mr Thackeray, whose party had launched violent anti-north Indian protests in Mumbai in 2008.

"I want these poor states to prosper as well. But instead of asking questions to their leaders, most of them prefer to rush to Mumbai. The burden on the city's infrastructure is increasing," Mr Thackeray said.

"If the rights of local people are violated by outsiders, a conflict is bound to happen," he said.