Lok Sabha Election 2019 Phase 4: Urmila Matondkar is the Congress candidate in Mumbai North. The city's six parliamentary constituencies are voting today along with 17 others in Maharashtra. 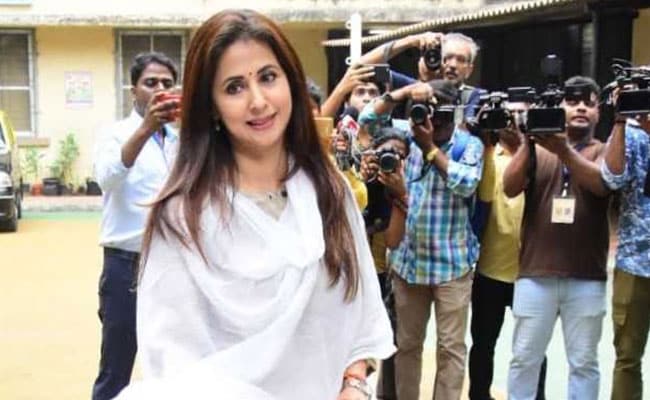 Election 2019: Urmila Matondkar, who joined the Congress in March, is taking on the BJP's Gopal Shetty.

Actor-turned politician Urmila Matondkar, who is contesting today's election from Mumbai North, urged people to come out and vote in large numbers.

"I want to say please come out in big numbers and please vote. Enjoy holiday later. The first priority should be to vote," she said after casting her vote at a polling booth in Bandra.

"They (voters) should choose the one who would take them to their right future and make  the politician who lies sit at home," she told NDTV.

Ms Matondkar, who joined the Congress in March, is taking on the BJP's sitting parliamentarian Gopal Shetty. She had said she is going to be in politics for the long-term and wanted to fight against the politics of hate.

"I know that when film stars enter politics, they are expected to pull in voters because of their glamour. I would request you to keep such thoughts away when it comes to me," the 45-year-old actor had told reporters.

With the star of the 90s hit Bollywood films like "Rangeela", "Daud" and "Judaai" contesting the election, Mumbai North has become one of the most closely-watched constituencies in the fourth round of voting in the national election.

She came under fire on Twitter recently for using Indian Air Force pilot Abhinandan Varthaman's photo during a roadside campaign. The Election Commission in a directive told political parties to not use the images of armed forces personnel in poll campaigns.

Mumbai's six parliamentary constituencies are voting today along with 17 others in Maharashtra. Results will be declared on May 23.