According to a police official, the musical party was organised in the premises of Kukreja Palace housing society in Ghatkopar (East). 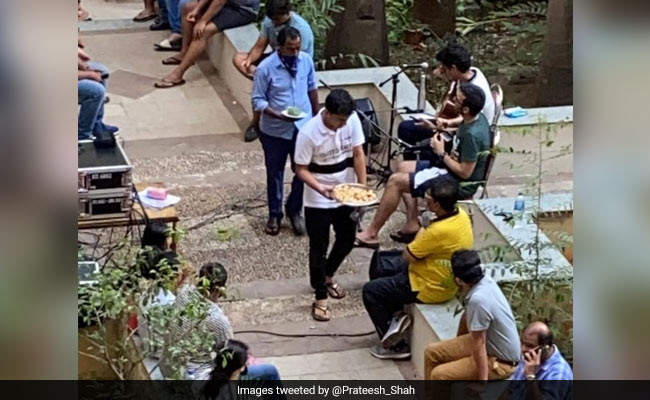 Amid the coronavirus lockdown, a musical party was organised in the premises of a plush housing society in suburban Ghatkopar where samosas were served to guests, police said on Tuesday.

As the matter came to light, police arrested two members of the cooperative housing society, including its chairman, on Monday on charges of violating prohibitory orders which are in place to stem the spread of coronavirus, they said.

The arrested persons were identified as Rahul Sanghvi (chairman of the society) and Jethalal Dedhia, who had organised the party, the police said.

According to a police official, the musical party was organised in the premises of Kukreja Palace housing society in Ghatkopar (East).

The party was likely held on Monday, he said.

An offence was registered late on Monday evening after videos purportedly showing the party went viral on social media.

In the videos, around 30 people could be seen gathered in the society premises for the musical concert where samosas were served to guests.

In one of the clips, some people could be seen playing the guitar while some others eating and distributing samosas.

Following the incident, the two members of the society were arrested and charged under relevant sections of Indian Penal Code (IPC), the official said.

Relevant provisions of the Disaster Management Act, which is in force due to the coronavirus outbreak, too, were slapped on the duo, they added.