The incident took place a day after the party workers caused damage to a government office in Navi Mumbai. 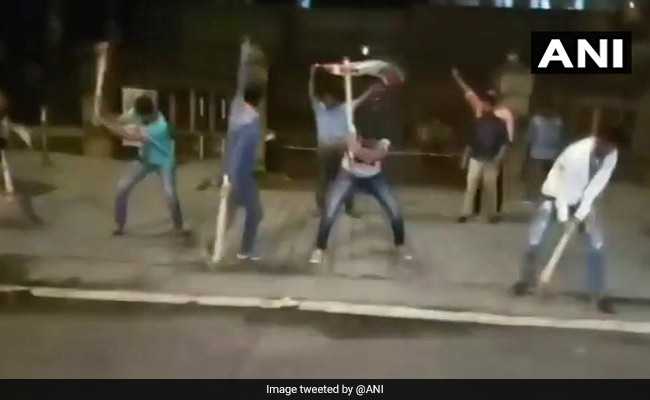 At least eight party workers have been arrested for damaging the road outside Secretariat.

In protest against potholes-riddled roads in Mumbai that have caused five accidental deaths in the monsoon season, the workers of Raj Thackeray led-Maharashtra Navnirman Sena damaged a road outside the Maharashtra Secretariat in Mumbai on Monday night.

"A group of around 20 workers of the Maharashtra Navnirman Sena gathered outside the Mantralaya around 3 am today and started digging up a footpath using spades and other tools to protest against the potholes on roads," a senior police official told news agency PTI.

At least eight party workers have been arrested in this connection, he said, adding that the police staff posted on duty at the Mantralaya rushed towards the protesters and tried to stop them.

"All the MNS party members present at the spot were taken to the Marine Drive police station, where eight of them involved in digging up the footpath were arrested," Manojkumar Sharma, Deputy Commissioner of Police (Zone -I) said.

The incident took place a day after the party workers stormed the office of the Public Works Department (PWD) in Navi Mumbai, shouted slogans, smashed office equipment, threw chairs, pulled down cupboards and broke window panes to protest against the pothole deaths on Sion-Panvel stretch.

"I did not mean to hurt anyone's sentiments. I had made a general statement," Mr Patil told news agency ANI.

According to data, nearly 3,600 people had died due to potholes in 2017 across the country.