"All Approvals Were In Place": Air Charter Firm On Mumbai Plane Crash 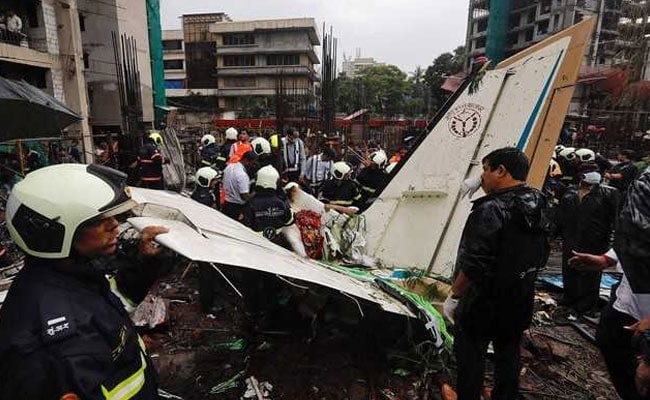 Two days after the husband of the co-pilot of a small plane that crashed in suburban Mumbai questioned the air-worthiness of the aircraft, air charter firm UY Aviation on Sunday said all "necessary" requirements and "approvals" were in place.

In a statement, the Mumbai-based firm said it is "extending full co-operation to all the regulatory and law enforcement agencies involved in the aftermath of the tragic crash."

Five people -- four crew members including two pilots, and a pedestrian -- were killed when the 12-seater plane on a test flight crashed into an under-construction building on Thursday.

Prabhat Kathuria, the husband of Maria Zuberi who was killed in the plane crash, has alleged that the test flight took off despite bad weather.

Stating that it wanted to put things in proper perspective, the company clarified that "before undertaking the test flight, it was ensured that all necessary requirements and approvals were in place."

The aircraft took off from Juhu aerodrome on June 28 with two pilots employed by UY Aviation and two technical personnel of plane-care firm Indamer Aviation. It flew for approximately 40 minutes as per the air test profile, before it reportedly lost contact with the Mumbai air-traffic controller.

The aircraft was bought by Pune-based Silver Jubilee Aviation from the Uttar Pradesh government and was sent directly to Indamer Aviation for rebuilding before UY Aviation bought the plane.

"It is pertinent to note that this aircraft was not yet operating on the non-schedule operators permit (NSOP) of UY Aviation as it was still to be released to service," the statement said.